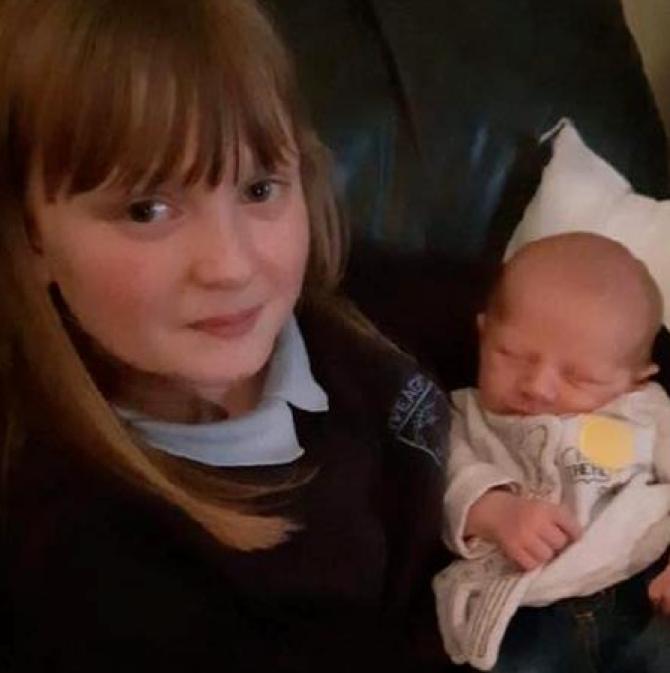 Rathfriland schoolgirl, Grace Moffett has written over 80 letters to elderly people in the local community who are self-isolating

A RATHFRILAND schoolgirl has written over 80 letters to elderly people in the local community who are self-isolating.

Grace Moffett (12) is a pupil at Rathfriland High School and has formed a way of keeping in touch with the elderly through the art of letter writing.

Her mum, Heather said since Grace is normally such a sociable person she has put all her energies into her letters which have been sent to cheer up those isolating.

Heather added: “She is such an active wee girl who loves getting out and about and going to different church groups and GB.

“Grace also enjoys getting out and about with her friends too and is trustworthy and she thought that writing the letters would be a good opportunity for her to do something that she enjoys.

“She also really loves art and design and got cards from the pound shop and created those for people, while writing her letter inside with her own personal touch.”

Grace’s letters began by telling her new pen pals all about herself and what she has been up to during lockdown.

Heather continued: “She introduced herself and started the first few with ‘Dear friend’ as she wasn’t sure who she was writing to.

“However, now she has a few regular people that she would write to and Joy Lapsley from the Community Help group also gave her some names of people who had requested that she write them a letter too.

“Joy would know Grace and thought that she would be great to do this and with her first few letters she sent out a photograph of herself in them so people would know who was writing to them.”

At one stage, kind-hearted Grace was writing up to 20 letters a day and has been doing so since lockdown began.

“This has really helped Grace get through lockdown and she is hopeful now to meet maybe one or two of the people she has been writing to after lockdown ends and would also be keen for a response back too.”

Meanwhile, Grace said she has sent over 80 letters out to elderly people since lockdown and plans to continue sending more.

“I really enjoy it and also keeping in touch with people and helping them also feel connected to the outside world too.

“It would be great to hear back from some of the people that I have been writing to and maybe meet them at some stage in the future too,” she added.

Grace says writing the letters has helped her keep busy during the lockdown and also her mind occupied.

She added: “During lockdown I am missing seeing my friends and also not being able to get to all the things that I normally do too.

“However, in the meantime I am enjoying keeping in touch with people who need this communication right now.”