Historical society is seeking the public's help for new publication 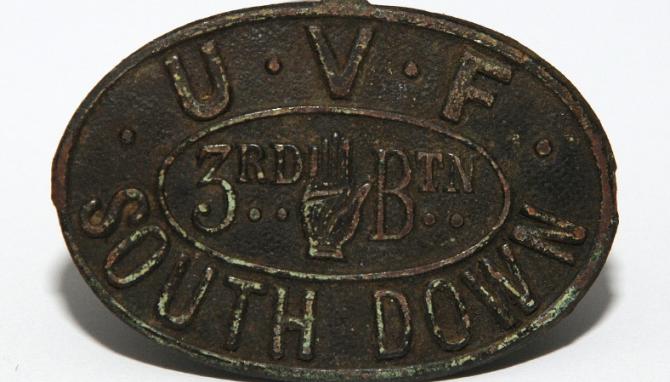 The Ulster Volunteer Force 3rd Battalion South Down regiment had eight companies throughout the district, reaching from Rathfriland to its furthest area, Finnis. A number of these companies were established by former military personnel from within each area

A LOCAL historical society is appealing for the public to help them in compiling information for their new book.

Drumlough and District Historical Society is currently working on their latest project - a book on the Ulster Volunteer Force and Irish Volunteers battalions, which operated in the Rathfriland area in the period 1912 to 1914.

The book will serve as a prequel to their First World War publication ‘From Hilltop to over the top’ launched to great acclaim in November 2018.

The group has been working on this latest cross-community project for well over a year and has already gathered a wealth of background material.

However, in a bid to provide as fulsome an account as possible, the group is seeking some assistance from both sides of the community.

Keen historian and chairman of the group, Gary Gardiner said: In particular we want to hear from those from the Irish Volunteers side.

“We are appealing to people to share with us information about members of their family who have been members of either organisation.

“We would also like images taken at the time, be it of a company or individuals, which will be published in the book.”

Gary added that if people wish to provide any artefacts they may have, the group will take a photograph of that item and return it to the owner straight away.

“We would like to know about both men and women who were involved. The information we gather will be put into the book.

“We are trying to show the local community why the Ulster Volunteer Force and Irish Volunteers were formed in the area.”

The group hopes to publish the book to coincide with the 100th anniversary of the formation of Northern Ireland next year.

“We plan to detail information on those who served from both organisations in the First World War, with the 16th Irish Division and the 36th Ulster Division.

“We also hope to include the ‘B Specials’ in the publication and tell the story of the women who became nurses for the UVF.”

The Unionist Clubs of Ireland were originally formed in 1893, at the time of the second Home Rule Bill and founded by Viscount Templeton at Castle Upton, Templepatrick, County Antrim. One such club was formed in Rathfriland, around the Third Home Rule crisis period of 1912

Gary said the group wanted to reassure the public there was “nothing to be apprehensive about”.

“This is all information from a bygone era. All the information we gather will be kept privately. We would ask people to think back and try and jog their memories or those of their family members and what they knew about that time.

“We want to hear personal stories to cohese the whole thing together.

“If people email us with their information and photographs, if they could make clear if they are happy for the information to be included in the book, that would be great,” he added.

If you would like your relative or descendant included in the proposed publication, you can email DDHS1@outlook.com or contact them via their Facebook page, Drumlough and District Historical Society.