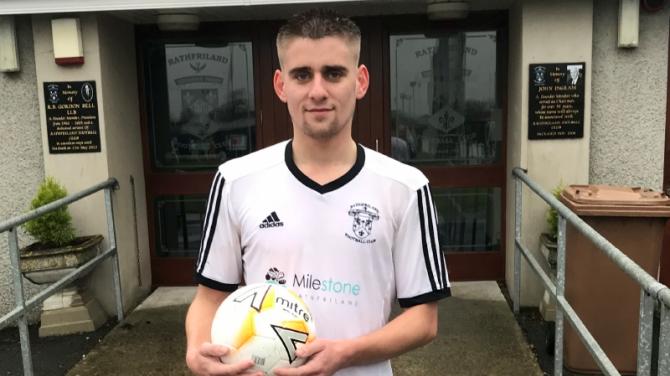 RATHFRILAND Reserves cruised to victory against St Mary’s Reserves with a convincing 9-2 victory.

The wee whites continued on from last week’s form with an outstanding display of clinical and ruthless football.

A hat-trick from Sam McCallister, two from Brian Adair, two from Shea McConville and one a piece for Josh Buchanan and Josh Ingram saw the whites cement their place top of the pile after seven.

St Mary’s couldn’t cope with the pressing, quick passing and movement of the home team and in testing conditions, the game was basically over in 25 minutes.

Whites boss Stevie Coulter couldn’t hold back his delight at his side’s recent displays and commented on his pride of the level of commitment and attitude his lads were giving of late.

“With two missing and two away with the 3rds there really is a lot of competition in this squad, but special mention must go to young Thomas Ingram who played 20 minutes and looked like he’d been in there for years,” he said.

“There are a lot of tough games to come but the progress and style of attack we are showing is going to be hard to stop for any side at our level.”

Best on the day for the wee whites was Colly McComish.