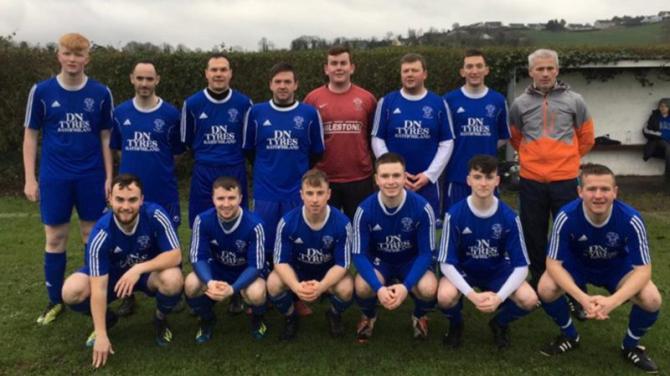 The Swifts have shown an impressive goal tally in recent weeks and were hoping to continue the trend.

It was the visitors who took the lead however, a mix-up among the Swifts’ back line led to a Donacloney corner, from which they took the lead.

Rathfriland would hit back almost instantly though. After some good work from Ryan Hillen, he laid off to Micheal McArdle who hammered the equaliser into the bottom corner.

The Swifts continued to attack the Donacloney back line, and a whipped ball into the box was met by the in-form Ryan Hillen who finished with a perfectly-timed looped header over the ‘Cloney ‘keeper.

The hosts took their lead into half-time, and were in the mood for more goals in the second 45.

It didn’t take long for the Swifts to increase their lead. After a strong run from right-back Tiarnan Burns he cut inside and struck for goal; the Donacloney goalkeeper would get a hand to the effort but the powerful hit ended up in the net.

Rathfriland’s fourth goal of the game came after Paul Hillen was brought down in the area by the rushing goalkeeper; the spot kick was slammed home courtesy of another Ryan Hillen finish.

The home side introduced some fresh legs in the shape of Neil McCracken and Conan Power with 25 minutes remaining.

The Swifts completed the rout with a fine finish from Jerome Travers; the substitute running on to a through ball and finishing neatly into the bottom corner.

Three more points for Rathfriland Swifts as their good form continues into the New Year.