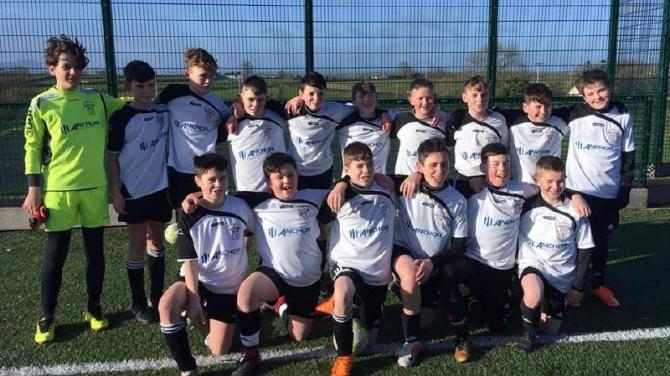 Rathfriland kept Moneyslane in their half for most of the game. A great performance at the back made it that no-one was getting through.

Midfield played superbly with great through balls to the two strikers. The two forwards where ruthless in front of goal. Half time: 0-5.

After half time Moneyslane came out certainly a better team and made a few chances, but still Rathfriland held firm.

Rathfriland made a few changes and those who came on played exceptionally well.

The Moneyslane ‘keeper made some good saves and only for him it could have been more.