A well-deserved victory for Rathfriland U12s 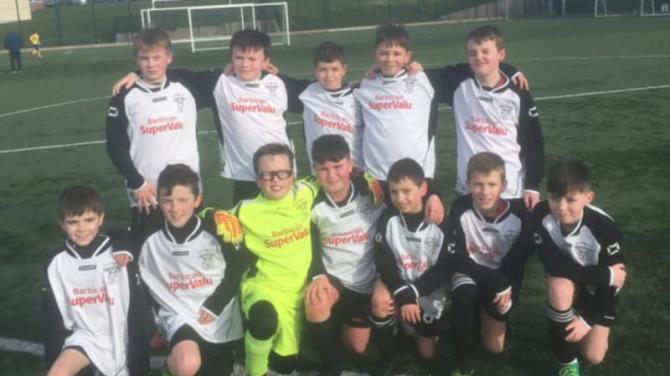 THE U12s carried on their good form with a well-deserved victory in a game which both sides deserve a lot of credit for.

Rathfriland started strongly pressing Vipers in their own half and having a number of efforts on goal. It was Daniel Murray who opened the scoring with an in-swinging corner finding the net.

Attempts from Conor Ward, Tiarnan McGrath and Tyler Wharton all went close before Daniel Murray played a through ball to Conor to round a defender and finish well.

Daniel burst clear down the right wing to beat his man and square for Tiarnan McGrath to score the third and put the Whites in control.

Luke Rooney struck the bar with a volley and at the back Danny McLogan, Callum Travers and Malachi Fusciardi defended very well. Half time 3-0.

The second half started scrappily but after good work from Danny McLogan, Daniel Murray followed up to tap in his second and Daniel completed his hat-trick after Toby Magill’s hard work.

Danny McLogan’s brilliant effort after some great team play was tipped onto the bar and Luke Rooney and Tyler Wharton also hit the woodwork.

Vipers pulled one back and hit the woodwork a couple of times themselves before Danny’s brilliant throughball saw Adrian Logins finish well and Adrian got his second moments later after Luke Rooney’s good work.

Vipers pulled a couple back late on but Rathfriland saw it out. Some of the interplay and passing from Rathfriland was outstanding and great work rate throughout.

A good team performance and game played in a good spirit with special mention to the Vipers’ goalkeeper for his sportsmanship towards a Rathfriland player who got a knock near the end and making sure he was okay. An example to all.