It's legs 11 for Annalong 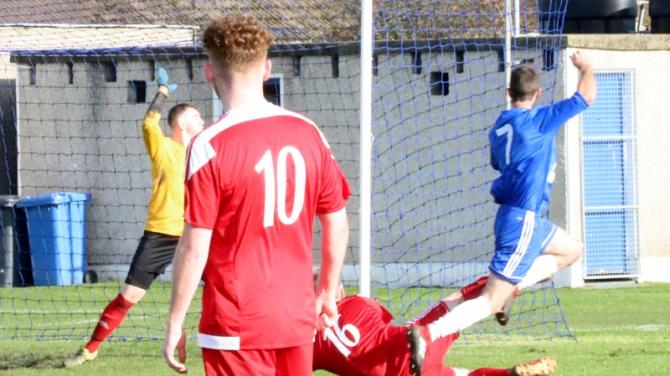 ANNALONG played some scintillating football to dispose of a weak Red Star with Stephen Burden and Nathan Mills both scoring hat-tricks.

It was Burden who opened the scoring when he headed home a pin-point Gregory Forsythe to leave the visiting keeper no chance.

Indeed the visitors had to be thankful to their keeper who produced some very good saves to frustrate the home attack.

Shortly after the home side added number two, the visitors broke away and scored from a close-range header.

With Burden and Mills in unplayable form up front Annalong went into the interval with a 5-1 lead.

Straight from the kick-off Annalong added a sixth goal and with Burden notching up his fourth and Mills completing his hat-trick both players made way for the introduction of young Scott Cousins and Andrew Kearney.

The goals kept coming, however, with Ryan Stevenson, Mark Newell and a brace from Cousins bringing the final tally to 11.

'Keeper John Sloan was a virtual spectator for most of the match with the back three of Peter Heelham, Stevie Coulter and Richard Gordon nullifying any threat from the Star side and with the midfield in control, Burden and Mills had a field day up front in what was a very good team performance.

This week Annalong are on the road when they visit Donacloney in a league fixture.