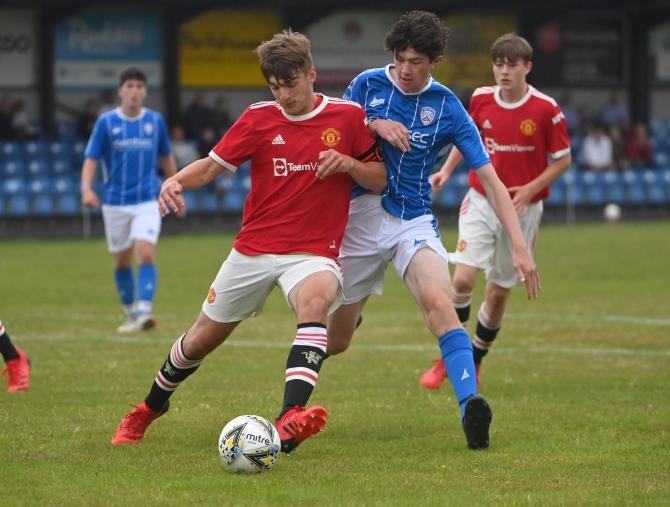 The organisers of the 2022 STATSports SuperCupNI have confirmed that this summer’s competition will see a record-breaking number of teams descend upon Northern Ireland for five days of football action as it returns after the enforced absence due to the pandemic.

Chairman of the organising committee, Victor Leonard, has confirmed that 78 teams from across the globe will take part in one of five male categories and a new female section.

“We haven’t been able to enjoy a fully operational tournament since 2019 as a result of the pandemic and we have been absolutely delighted with the response and quality of entries we have received for this year’s Tournament.

“There is no doubt that 2022 will be our biggest competition yet. This summer will have more teams than ever before, and we are introducing some new venues across the three council areas.”

Last summer the organisers of the tournament were able to organise three highly competitive matches between a Manchester United U16 side and three talented squads from Coleraine FC, Ballymena United FC and Linfield FC representing the three Council areas where the Tournament is now based.

“The games took place at a time when restrictions were starting to be lifted and it was fantastic to be able to bring our friends from Old Trafford to Northern Ireland once again.

“It also provided local football fans with an opportunity to witness some of United’s next generation of stars in action against some of the very best local talent.

“The last two years have been incredibly challenging, and we are indebted to the continuing support of Causeway Coast and Glens BC, Mid and East Antrim BC and Antrim and Newtownabbey BC, STATSports, the Premier League, Mitre and our media partners BBC NI.

“We are now just over 100 days away from the first ball being kicked at the 2022 tournament and everyone involved behind the scenes is working incredibly hard to ensure this year’s tournament is one of the biggest and best in our history.”

The 2022 event will take place from Sunday 24th July to Friday 29th July, with the traditional parade and opening ceremony at the Coleraine Showgrounds kicking off proceedings on the Sunday evening and the tournament will culminate with the final day of football action on Friday 29th July. The tournament will take place at seventeen venues across the three local Council areas of Causeway Coast and Glens, Mid and East Antrim and Antrim and Newtownabbey.