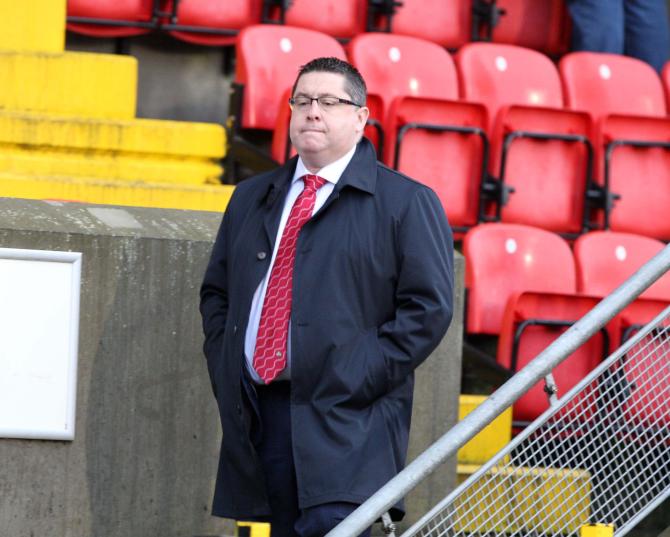 Northern Ireland Football League CEO Gerard Lawlor admits he has high hopes that the majority of top flight clubs will transition into full-time football within the next five years.

The ex-Cliftonville chairman spoke with the media during an informal conversation ahead of the 2022/23 campaign.

Clubs such as Larne, Crusaders, Linfield and Glentoran have went full-time in recent years, whilst other part-time teams are increasing their training schedules.

In order for other teams in the Premiership not to be “left behind”, Lawlor hopes that the majority of them can implement a sustainable full-time model.

“There has to be a strategy in the next three to five years where all the Irish League clubs have a full-time model, or look at the next tier of their model at least,” he argued.

“We want to bring clubs to the next level and very few clubs now train only on Tuesday and Thursday nights.

“Cliftonville are part-time but they train three nights a week and on a Saturday while the boys also do gym work and other clubs are exactly the same.

“We need to work with the clubs to develop those models and we already have clubs that are paying full-time wages in a part-time environment.

“There are different models of full-time structures and it's about finding the right model and set-up for each club.

“If we’re all sitting here in five years’ time, and we haven’t moved the top division of NIFL definitely more towards an 80 or 90% full-time league and I know I’m putting my head on the block, but I think we won’t have achieved an awful lot, we’ll have failed in some areas because a lot of our clubs don’t get the credit and the praise for how close they are to that full time model.

“Some clubs are close to it. Larne do the full-time model fantastically well, possibly the best, and clubs have models that suit them such as Crusaders.

“The challenge is there for us and we don't want clubs to be left behind.”

Lawlor, who took the position just over a year ago, outlined that the organisation posted a profit of around £250,000.

“We hope that NIFL is a company that’s growing,” he stressed.

“In the financial year, which was the season last, we seen an increase in income of 32%, which I think for any organisation is very substantial.

“The company made a profit before taxation of a quarter of a million pounds.

“We seen an increase in expenditure in terms of match development and administration costs, so in the year as a business, we had a very good one.

“I feel like the concept of NIFL is changing, it is almost becoming a marketing and PR company that runs a football league.

“I know that’s a bit outside of the norm but there’s so much about promotion and developing the league, but the organisation of matches is relatively the simple part of what we do.

“We think the league is in a positive place and we now want to kick on and bring it to the next level.”

However, despite the increase of money within the Premiership, Lawlor was wary of the rise of funds being paid to agents.

“I always have concerns over players’ wages,” he stressed.

“I think all of our clubs live within their means and we’ve nobody getting wound up and they are paying their bills.

“Players’ wages are a concern in world football and that’s not ducking the question.

“The bigger concern I have at this moment in time and it’s something we are going to have to try and tackle is the introduction and the vast increase in agents being involved in local deals.

“We have probably over 50% of deals being done in the last year all include agents.

“The introduction of agents in the Irish League is a much bigger concern than what the wages are.

“However, to spin it into a positive, agents are now seeing the Irish League as a better league, they’re seeing it as a product and a bigger calibre of a player.

“Transfer fees are good as that’s money going in and out of clubs for their development but agents being involved mean that maybe 5% of their wages are going to them and it’s going out of football.

“It’s a very much a case of ‘if you don’t pay me then the player is not going to your club or I’ll take him to a club who will pay me or I’ll bring him to a league who is going to pay an agent’.”