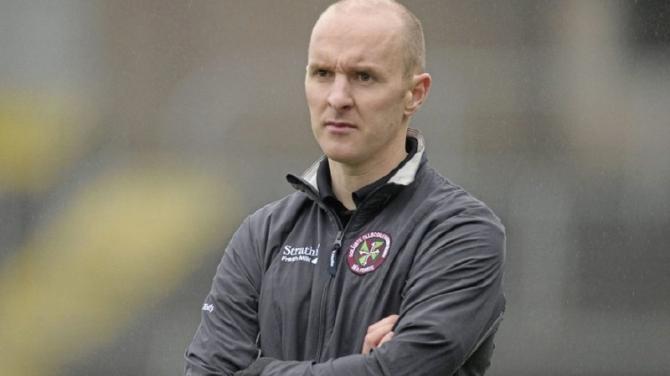 NEW Down manager Paddy Tally insists his first task is to stop the Mourne county falling any further down the pecking order and has targeted promotion in his first season in charge.

Tally replaces Eamonn Burns, who stepped down after three years in charge earlier this season. The Down management selection committee got their man and the Galbally man was ratifed as the Mourne boss in Ballymartin on Thursday night, writes Steve Malone.

Speaking in Pairc Esler on Friday evening Down’s new man says he wants to take the Mourne men back to challenging for Ulster titles and he feels he has the correct ingredients to make that happen.

“I believe that there are good players in Down and I do believe that there are improvements to be made and if we can get everything right and get the right system, the right players and with the right preparation, I would like to think that during the time I’ll be here that Down will be back being competitive again and punching at the top of Ulster again - and whether or not that is where it takes them, that is the intention,” he said.

Having survived relegation in 2017, Down couldn’t avoid the drop to Division Three this season despite having won three games. And the Sigerson Cup managing winner with St Mary’s College understands that confidence may be at a low ebb. However, he feels he can help turn matters around by getting the best players in the county to wear the red and black jersey.

“I don’t honestly feel that Down are a Division Three team,” said Tally.

“Even going down to Division Three last year on six points, it is quite unheard of to be relegated on six points. There were games that didn’t go their way and that can happen. The first thing is to stop the slide to be honest.

“Like any team you have to stop the slide if you want to start building and moving things the other way.

“Obviously relegation wouldn’t have done the players any good in terms of self-belief and confidence.

“But the only way you get that back is by winning games. And my first priority is that there are as many of the best players in Down playing for Down and then building a team and a system that will help them win matches, boost confidence and hopefully the rewards will be promotion next year, that’s the target.”