Mayobridge U16s are South Down champions 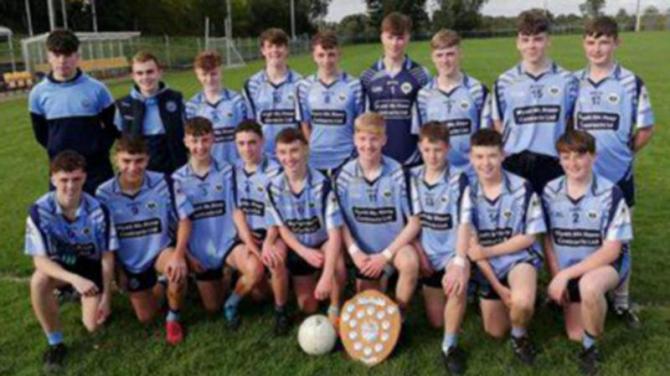 ON Saturday afternoon in Hilltown the Mayobridge U16 team won the South Down Championship by defeating Warrenpoint with a four point margin, 3-5 to 0-10.

The match was played in perfect conditions and it turned out to be an exciting contest.

The Bridge got off to a great start when Adam Crimmins hit the net. Despite this good opening, the rest of the half was a low scoring affair and at the interval the scoreboard read 1-2 to 0-2.

Warrenpoint came out all guns blazing on the resumption and scored a number of fine points, before Eoin Sherry boosted his team’s hopes when he found the net in the 45th minute.

Points from Jamie Cahill and Anton White and a third goal from Thomas Hardy gave the Sky Blues a comfortable lead.

Warrenpoint tried hard to pull the game out of the fire in the closing stages but the Bridge held out for victory.