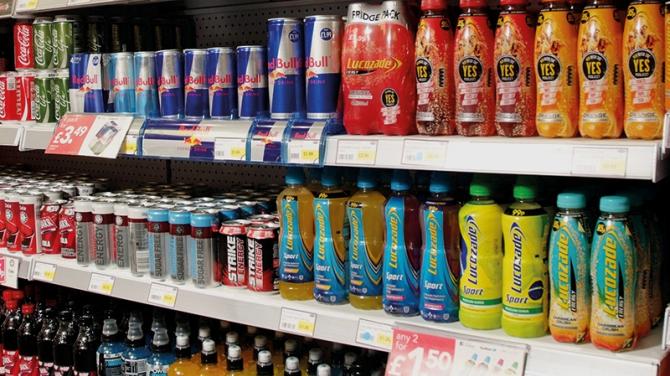 A KILKEEL principal has blamed energy drinks for causing hyperactivity in the classroom.

Victor Coert (pictured), principal of Kilkeel High School, has asked parents to remind their children that energy drinks are banned in school.

The principal recently issued a message to parents saying he was concerned about the number of students who were consuming the high caffeine drinks.

He said some students were choosing to leave school after being dropped off in the morning to go to the shop to buy these drinks.

The Mourne principal said not only does this have an impact on their health but they also risk arriving late to lessons.

Mr Coert told The Outlook: “The issue we have with the energy drinks is that it makes the children hyperactive in the classroom and this is a problem that we can do without.

“Our policy is that children are only allowed to drink water in the classroom and we are encouraging parents that they should reinforce this to their children.

“Obviously before pupils arrive at school and what they drink then we have no responsibility where that is concerned.”

Mr Coert says the problem with pupils consuming energy drinks was also an issue around three years ago.

“We dealt with it then but it has raised its head again recently and we are trying to keep on top of it.

“Energy drinks are completely banned in school and that has been the case since the problem first aired around three years ago. The ban was decreasing the number of energy drinks being consumed up until recently,” the principal said.

Mr Coert said since the message was sent out to remind parents of the ban, he has noticed a decrease in the drinks being consumed.

He added: “We are just coming off the back of the summer holidays so it is a case of reminding parents and pupils that these energy drinks just are not allowed.

“We simply don’t know the effects that drinks like these can have on the body. And that is another problem too.”

Meanwhile, earlier this year it was announced children in England under 16 were prohibited from buying the beverages.

The restrictions apply to drinks with more than 150mg of caffeine per litre and similar calls have since been made in Northern Ireland for the same ban to be introduced.