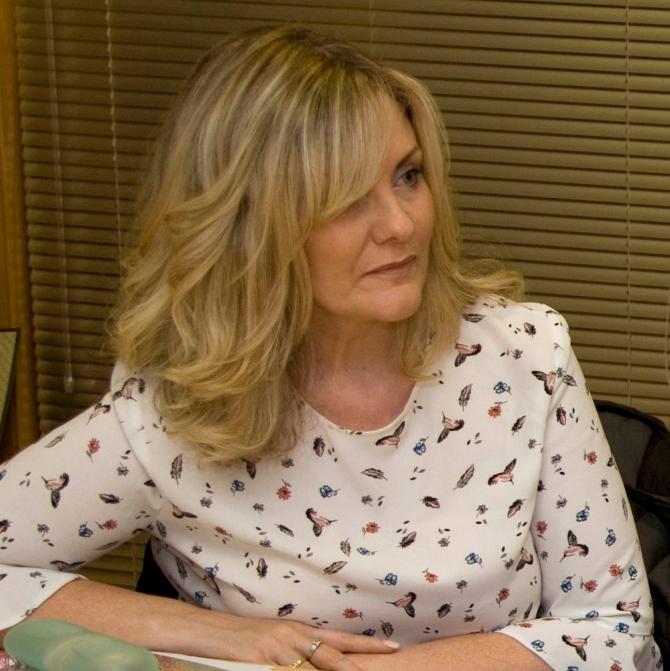 Monica Heaney has vowed to continue fighting for safety improvements on the road where her son Karl lost his life.

“WE will not relax until it is sorted.”

Monica Heaney has said she is committed to making sure work is done to improve the safety of the A1 dual carriageway after efforts to improve safety on the road hit another delay.

It has now been revealed that the Department for Infrastructure will not publish its view on proposed upgrades on the road until the end of January next year.

Monica's son Karl was just 27 years old when he died after a crash on the A1 between Banbridge and Dromore on 23 May, 2018.

Following his untimely death, his family launched an online petition in 2018 which received over 12,000 signatures.

The petition asked the Department for Infrastructure (DfI) to complete urgent improvements to this stretch of road.

In March this year a public inquiry was held at the Belmont Hotel in Banbridge, into the proposed £70m upgrade of the carriageway. The scheme aims to deliver further safety improvements over the 25km stretch of the A1 between Hillsborough and Loughbrickland.

This section of dual carriageway has undergone staged development over a number of years since 1971 and currently there is a combination of junctions, as well as a significant number of private and farm accesses, which have direct access onto the carriageway.

It would involve the closure of more than 100 gaps in the central reservation and four new flyovers could be built and right turns onto 20 side roads closed.

In June 2019 the Department concluded its consultation on the draft Statutory Orders and an Environmental Impact Assessment Report for the above strategic road improvement scheme.

There were more than 100 responses received and while the majority were in support of the scheme, a number of objections from landowners and others were also submitted.

Kevin Chambers was the public inquiry inspector over the three-day hearing in March and outlined that his role was to “present an impartial review as to how to proceed with the scheme proposals in light of the objections received”.

However, it emerged earlier this month that, despite submitting his report to the Infrastructure Minister Nichola Mallon in October, her Department's response to it would not be made public until the end of January 2021.

Monica told The Outlook this delay was “very disappointing”.

“I wrote to the Department when the Minister did not say when she would be releasing the findings,” said Monica.

“The letter came back to say that it would be the end of January, which is very disappointing, but you just have to keep going.”

Via the Facebook page 'A1: How Many Must Die' Monica posted a picture of the letter from Minister Mallon and said that it is “a struggle whilst dealing with your own devastating grief to keep going but we will continue to do all that we can to push this forward and get this stretch of road up to the acceptable standard”.

In her letter, the SDLP MLA said she was “very aware of how important the A1 improvements are for the many people who have expressed their support for the scheme, especially to you and all those who have lost loved ones”..

She added that her officials will “require some time to fully and efficiently consider the inspector's proposals and recommendations”.

“I would like to reassure you once again, that I remain fully committed to progressing this project at pace and am keen to progress it to the next stage as quickly as possible, whilst ensuring the necessary statutory processes are properly adhered to,” she added.

Monica and Karl's girlfriend, Ciara Sands attended the public inquiry when they spoke of the impact of Karl's untimely death.

“I thought it was important that the victims had a voice,” Monica told The Outlook, explaining that she chose not to attend the three-day hearing in its entirety.

“We were given a time slot and we went for that, but our time was delayed. Even sitting in the room for that bit of time and one man talking about a light shining in through his window as his objection, it would not have been good for me to listen to it for three days.

“I decided not to go every day because I think I would have found it very upsetting listening to people talk about petty things like access, when Karl died on that road.

“People do not realise that unless it happens to them, they do not understand.”

She said that she hopes there will “not be anything major” needing changed to the proposals in light of the objections raised.

“I cannot see that there will be anything drastic needing to be done. I am hoping that it's the case that the inspector is happy enough for things to go ahead. When looking at the objections, I didn't see anything major.”

She added that they will not stop fighting for the improvements to be made to the A1.

“You just feel like everything seems to take forever and you have to constantly keep the pressure on, it's very tiring.

“We will not relax until it's sorted. There have been five deaths since Karl died and each time you wonder if the road played a part, if even one person could have been saved.”