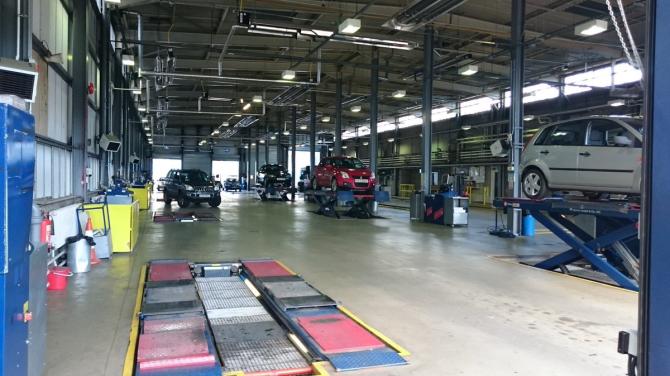 Testing at MOT centres, such as the one in Newry, continues to be operating at reduced capacity.

Infrastructure Minister Nichola Mallon stated that the TECs for some vehicle groups will be extended by a further four months.

Existing TECs applied to eligible private cars, light goods vehicles and motorcycles aged 4-9 years will be extended by a further four months from the date the existing exemption ends.

Four year old cars and motorcycles and three year old light goods vehicles due a first time test will have a four month TEC applied from the date their first MOT is due. New TECs or extensions to existing TECs will be applied automatically to enable vehicles to be taxed and kept on the road.

“This ensured that vehicles whose existing MOT certificate expired from 26 March 2020 or will expire before they can book a test would be automatically exempt from testing for a full 12 months.

“For vehicles which have previously been issued a TEC, their TEC was automatically extended to the maximum timeframes set out in legislation, up to a maximum period of 12 months from their last MOT expiry date.”

The Minister continued: “All test centres are operational and the DVA has worked hard to increase its vehicle testing capacity, focussing on testing priority category vehicles including those vehicles that are not able to avail of a TEC and those with TECs due to expire to keep people on the road.

“Given the current situation with Covid-19, in order to keep the DVA staff and customers safe, necessary and proportionate control measures around MOT testing have been introduced. Due to these safety measures, the DVA is operating at reduced vehicle testing capacity.

“Road safety remains a significant priority. I would like to remind owners and drivers of all vehicles that they are responsible under the law for the roadworthiness of their vehicle at all times.”

TECs will continue to be applied to all eligible vehicles until vehicle testing services return to normal testing capacity. Testing for older vehicles including all private cars, light goods vehicles and motorcycles that are aged 10 to 39 years old will be brought forward to ensure these vehicles can be tested before their existing TECs expire.

Further TEC extensions will not be applied to these vehicle categories to ensure that any road safety concerns in these older vehicles are tested and rectified through the MOT testing process.

As before, extensions to TECs will be added to the DVA system, not issued in hard copy. For all vehicles with TECs applied, the DVA will issue a reminder notice to the registered keeper of the vehicle before the TEC period ends, with instructions on how to book a test.