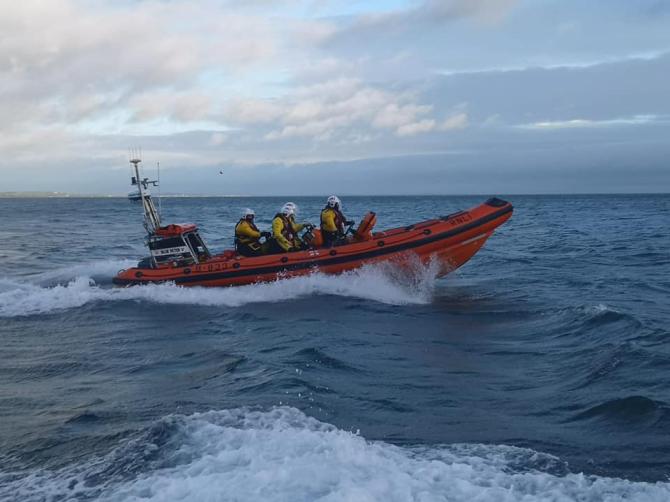 KILKEEL and Newcastle Coastguard, along with Newcastle RNLI were requested to help two teenage girls who got into difficulty yesterday (Wednesday, 17 February) when they got cut off by the tide on Murlough beach.

The volunteer crew was requested by Belfast Coastguard to launch their inshore D class lifeboat at 2.54pm. The girls raised the alarm with a parent when they found themselves stranded on the beach between Murlough House and the Slieve Donard Hotel.

The inshore lifeboat launched immediately and made its way to the scene amid a south-westerly Force Four wind.

The station’s all-weather Mersey class lifeboat was then requested and immediately prepared for launch. Newcastle and Kilkeel Coastguard were also tasked.

Speaking following the call out, Lisa Ramsden, Newcastle RNLI Lifeboat Operations Manager said: "Rising tides can easily catch people out and very often people are unaware they are in potential danger until they are cut off or stranded. We would like to commend the girls for doing the right thing yesterday and for raising the alarm once they knew they were in difficulty."

Newcastle RNLI Helm Niall McMurray added: "We would remind walkers and visitors to the beach to always check the tide times and heights and keep a look for incoming tide so you can make sure you have enough time to return safely.

"Always carry a means of communication and always let someone on the shore know where you are going and when you are due back.

"If you are in danger or see someone else in danger of being cut off by the tide, dial 999 or 112 and ask for the Coastguard." 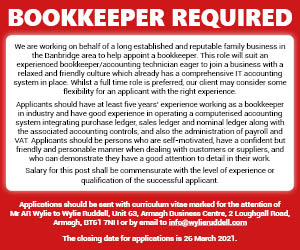 RICHARD BULLICK: Age is nothing but a number... even in sport