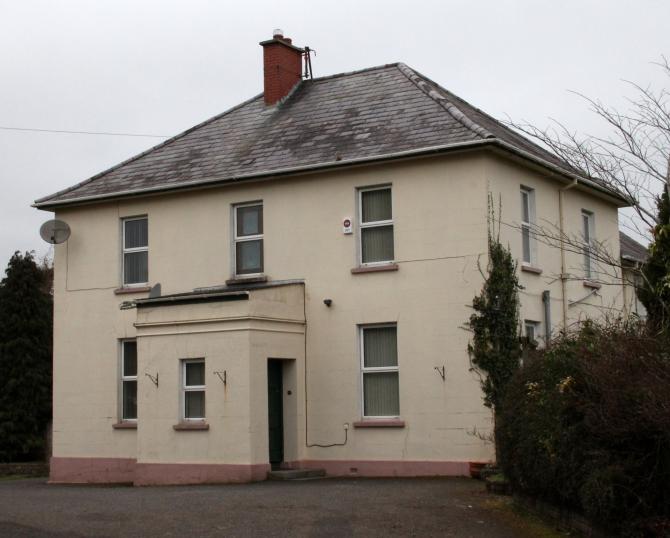 THE Parochial House in Kilcoo is set to be sold off by the Diocese of Down and Connor as a group of parishioners opposed to the move stated they were intending to take "legal advice" on the sale of the property.

A parish spokesperson stated the planned sale came in a bid to address the current parish debt and help with the cost of improvements to St Malachy’s Church in the village.

A recent decision was taken by the Diocesan Trustees to approve the parish’s request to market the parochial house for sale on the open market.

Back in 2018, The Outlook reported that a consultation process had been set up to help decide the future of the parochial house and hall.

At that time, a statement from Fr Denis McKinlay to parishioners explained the parish “could not provide any financial contribution” towards the hall and that “its operation would be in competition with the new community centre next to the GAC’s current clubrooms”.

Parishioners were asked to make the consultation process “meaningful” and put in writing their suggestions for a meaningful way forward.

Fr McKinlay noted in 2018 that Bishop Treanor had no option but to ask Canon Sean Rogan to vacate the house as it was a potential health hazard.

He added there would be no priest to occupy the position as parish priest living in Kilcoo in the future and that the house had become a “financial burden”.

In a statement yesterday (Monday) to this newspaper, spokesperson for the Diocese of Down and Connor, Fr Edward McGee said the parochial house was deemed unsafe for use on the grounds of health and safety.

The statement read: “The Diocese of Down and Connor can confirm that, following a health and safety audit and a separate inspection of the parish property by the Diocesan Property Officer in 2017, the parochial house located within the parish of Kilcoo was deemed unsafe for use on the grounds of health and safety.

“In February 2018, the Parish of Kilcoo deemed the Parochial House as being surplus to Parish requirements.

“All reasonable steps have been taken to judge the views and expectations of parishioners in Kilcoo Parish in respect of the future use of the parochial house.

“In late 2020, the Parish of Kilcoo submitted a proposal to the Diocese to sell the Parochial House which the parish still viewed as still being surplus to requirements.

“In doing so, the parish sought to make provision for forward planning for the future of the Parish.

“Subsequently, a decision was taken by the Diocesan Trustees to approve the parish’s request to market the Parochial House for sale on the open market.

“It is intended that any proceeds of this sale of the Parochial House would contribute to addressing the current parish debt and also enable the parish to allocate funds for parish improvements to the adjacent St Malachy’s Church.”

In 2018, concerned residents of Kilcoo parish set up a campaign to save the parochial house which was gifted to the youth of the village in the 1950s at the time it was built.

Many in the community felt angered by the Diocese of Down and Connor’s decision and a committee was formed to deal with the issue.

A statement on Kilcoo Parishioners’ Group Facebook page last Wednesday (10 March) said that they had received communication from the Bishop’s office stating the intention to sell the parochial house.

“This goes totally against the agreement which was made between the Bishop's office and Kilcoo Parishioners' Group” the statement read.

“We will not accept this sale and we are intending to take legal advice.

“We will keep all parishioners informed of future developments.”