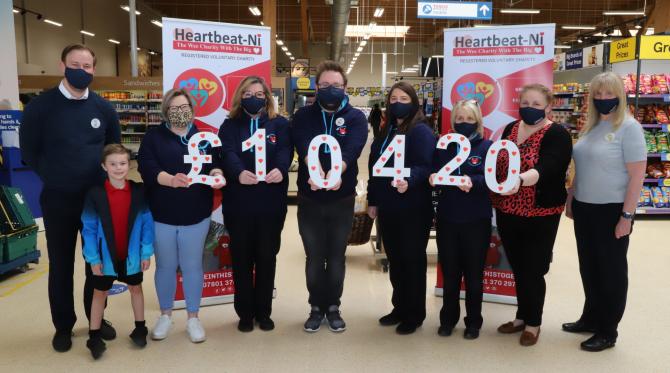 Charlene with some of her Tesco colleagues who helped her raise the stunning total for Heartbeat NI.

A BANBRIDGE woman is giving her feet a well-earned rest after raising a staggering £10,000 by walking 500,000 steps in the month of March.

Inspired by the stories of other fundraising initiatives being carried out during the various lockdowns over the past year, Charlene Topping decided to do her bit to support Heartbeat NI, a children's heart charity which has supported her niece, Emily, who suffers from two heart conditions.

Charlene, who works at Tesco at The Boulevard in Banbridge, enlisted the help of 35 of her colleagues to take on the challenge throughout March.

And she says she was stunned by the response she received to the initiative.