Annalong’s new rector revving up to get going 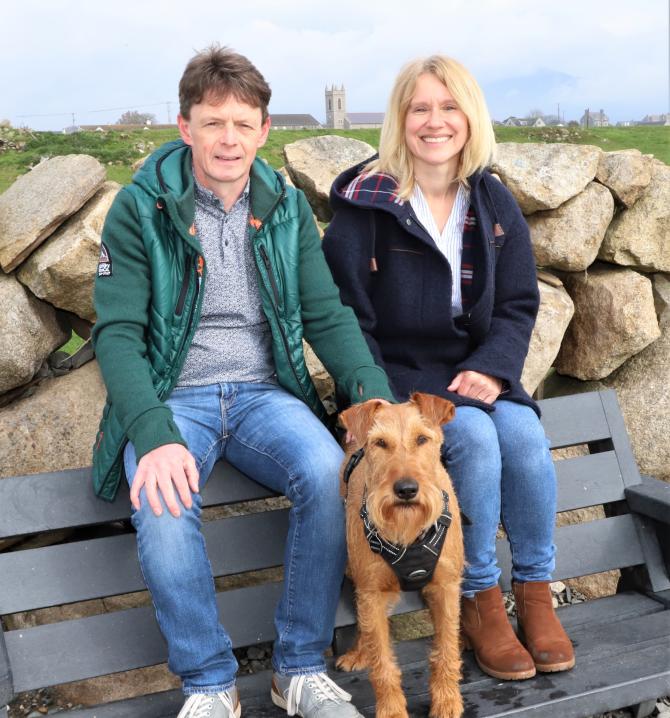 Rev Geoff Hamilton, the new rector of Kilhorne Parish Church, with wife Jill, Murphy the dog and his new church in the background.

ANNALONG Church of Ireland's new rector says he has already fallen in love with the village - and now he can't wait to get "stuck in" and meet his new congregation.

Geoff Hamilton was formally instituted as the rector of Kilhorne Parish Church on Thursday evening and led his first services on Sunday.

It is the 52-year-old's first charge as a rector, having served two curacies, first in Portadown and then in Armagh.

A native of the Mourneview estate in Lurgan, Geoff now has a much closer view of the Mournes, as his new rectory is overlooked by the slopes of Slieve Binnian.

Geoff's route to the Mournes has been rather unconventional, with a spell living in South America thrown in, but he says he is delighted to be in Annalong now, along with wife Jill and their "mad" Irish terrier, Murphy.

Read the full interview in this week's Outlook, on sale now.