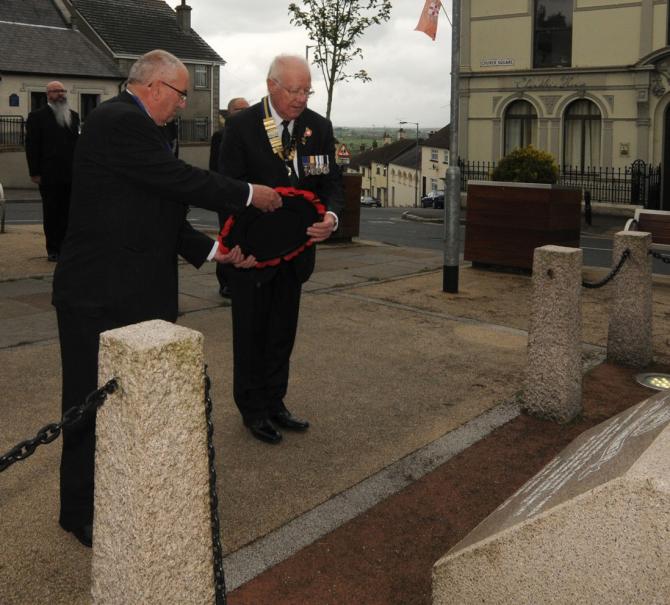 MEMBERS of the Rathfriland Branch of the Royal British Legion have held a special ceremony at the town's War Memorial to mark the centenary of the forming of the British Legion.

Officers gathered in the Square on Saturday morning, on what was the 100th anniversary of the organisation's formation on 15 May, 1921.

On 11 November, 1920 The National Cenotaph “In Memory to the Glorious Dead” of the First World War was unveiled in London by the then King, George V.

The Royal British Legion was formed in the aftermath of the First World War when four organisations, The National Association of Discharged Sailors and Soldiers, The British National Federation of Discharged and Demobilized Sailors and Soldiers, The Comrades of The Great War Association and The Officers' Association came together to fight the injustices faced by those returning home after war service – and became the British Legion on 15 May, 1921.

See the full report and photographs from the event in this week's Outlook, on sale now.