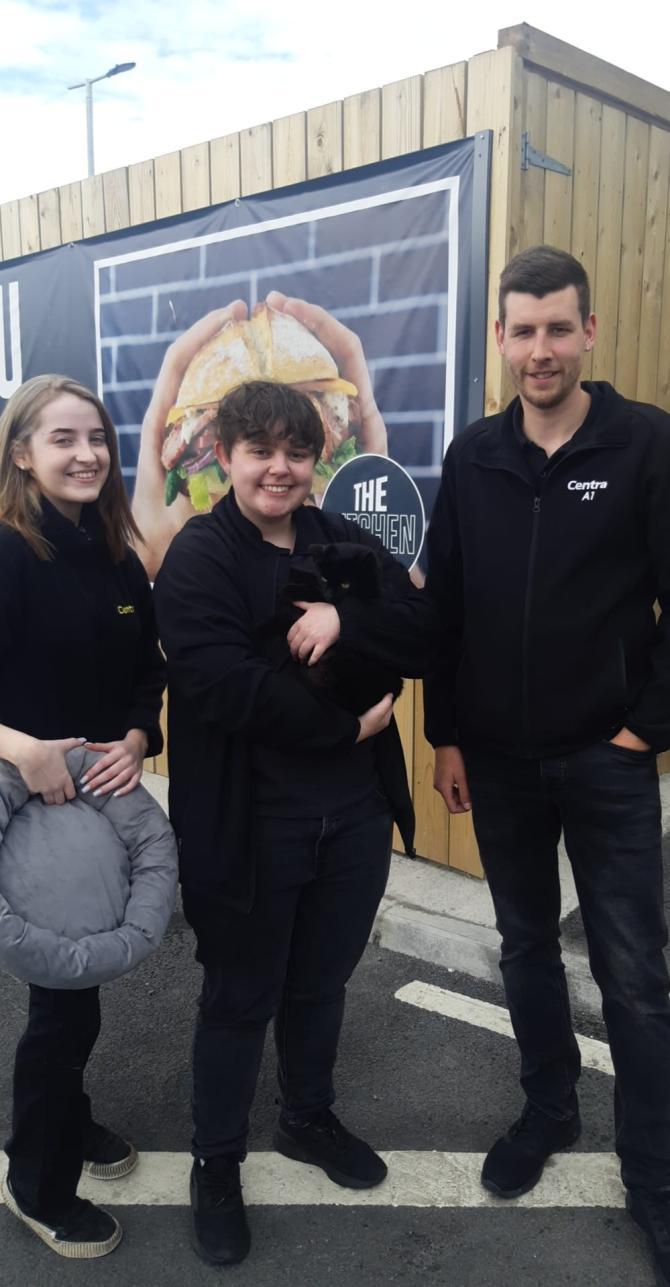 Bagheera the cat reunited with staff at the Centra on the A1 in Banbridge.

A BELOVED pet cat has been reunited with its owners after it was taken by a group of strangers.

Bagheera has been part of the furniture at the Centra petrol station on the A1 in Banbridge since he first showed up as a stray four years ago.

The little black cat is known to be very friendly with customers at the station and people often will stop to pet him or snap a picture.

But last Monday, the staff at Centra feared the worst when Bagheera was nowhere to be found.

When they checked CCTV footage, they were shocked to watch as Bagheera was carried into the car of a stranger.

Tabi Wilson, a staff member at Centra, says she was heartbroken as she experienced every pet-owner's nightmare.