Local area to host biggest Twelfth parades in County Down 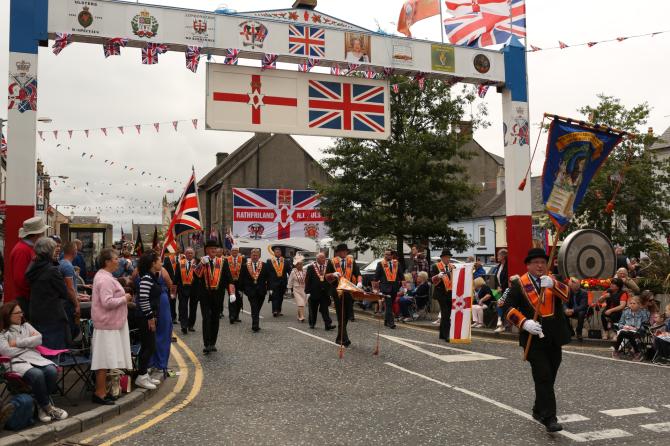 Rathfriland will once again host the Twelfth of July celebrations this year as more localised parades are staged in the wake of the ongoing Covid-19 epidemic.

THE local area will boast the biggest Twelfth of July processions in County Down, as the Grand Orange Lodge revealed its list of localised parades this year.

The biggest parades in the county are being held in Kilkeel, Rathfriland and Dromore.

Loughbrickland District LOL No 10 and Bann Valley District LOL No 20 will host the earliest parade on the Twelfth at 10.30am, with eight lodges and two bands and lambegs taking part.

There will be the same start time for Newry District LOL No 9, with 11 lodges and six bands participating, while activities for Mourne District LOL No 6 will also get underway at 11.30am.

Banbridge will host the latest of the local parades, with Banbridge District LOL No 7 welcoming 14 lodges and four bands for the start time of 12 noon.

Full details of the Twelfth parades in your area will be in next week's Outlook.