Chapter coming to a close for popular Warrenpoint bookshop 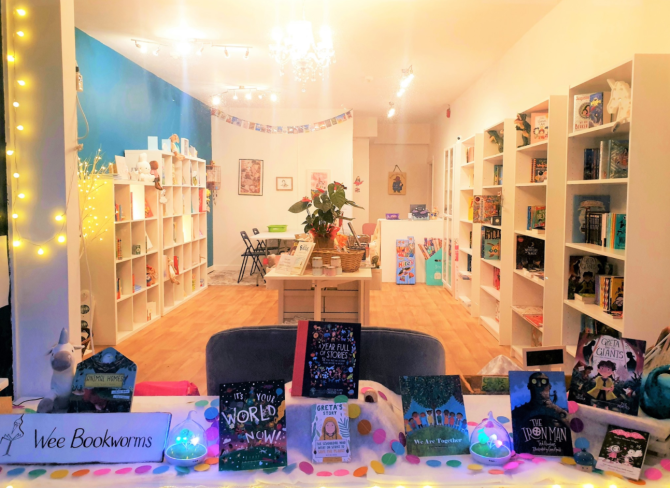 Wee Bookworms in Warrenpoint will close at the end of July.

THE OWNER of a children's bookshop in Warrenpoint has been forced to close her store due to a loss in sales after numerous lockdowns.

Madeleine Neilly has spoken to The Outlook about her heartbreak as she prepares to close the doors of 'Wee Bookworms' for good at the end of this month.

The popular shop has been open for around two years and in that time Madeleine has established a community for young booklovers by organising story time sessions for local families to attend.

When the country went into lockdown for the first time last year, Madeleine adapted to the situation as best she could by continuing to provide free story-telling events online.

She says the virtual sessions became a big hit with not only local readers, but with people from as far as the US and Australia, adding: “Even when we had problems with the camera or technical difficulties, it was a good laugh and people watching could comment and interact so we kind of formed our own little family.

“I think the story-telling really helped during a time when things were uncertain and it definitely gave people, especially the kids a bit of hope for normality.”

Madeleine is passionate about sharing what she refers to as 'bookish magic' and during such uncertain times, she started to provide affordable 'Out of Class' kits to keep kids entertained while they couldn't go to school.

She adds: “I think books are so important and stories can do so much for kids by giving them a place to escape to and a chance to learn something.

“So it meant a lot to provide that for people during the lockdown.”

Despite doing everything she could to stay afloat, Madeleine says the latest lockdown was the final blow to her shop as it lasted much longer than she anticipated.

She says: “At first I had expected it to last about a month or two, which might have been doable especially after Christmas had gone so well, but four months is just such a long period of time to stay closed.

“Small independent businesses really rely on returning customers but because people have had to wait so long for things to open again, they've changed their habits and are shopping elsewhere.”

The local shop owner believes this is a pattern we'll continue to see repeating as more and more independent businesses are forced to close due to the pandemic.

She adds: “It's something I still get really emotional talking about, but I am so thankful for all the support we've had from people in the community.

“I'm really going to miss it.”

Although Madeleine is closing the doors of Wee Bookworms, she still intends to keep her online shop running and to continue hosting virtual story time sessions.

She's also not ruling out any chances of opening pop-up shops at local fairs and markets. It may be the end of a chapter, but the story of Week Bookworms is not over yet.

If you're interested in supporting a local independent business, you can find the Wee Bookworms online shop at https://weebookworms.co.uk/