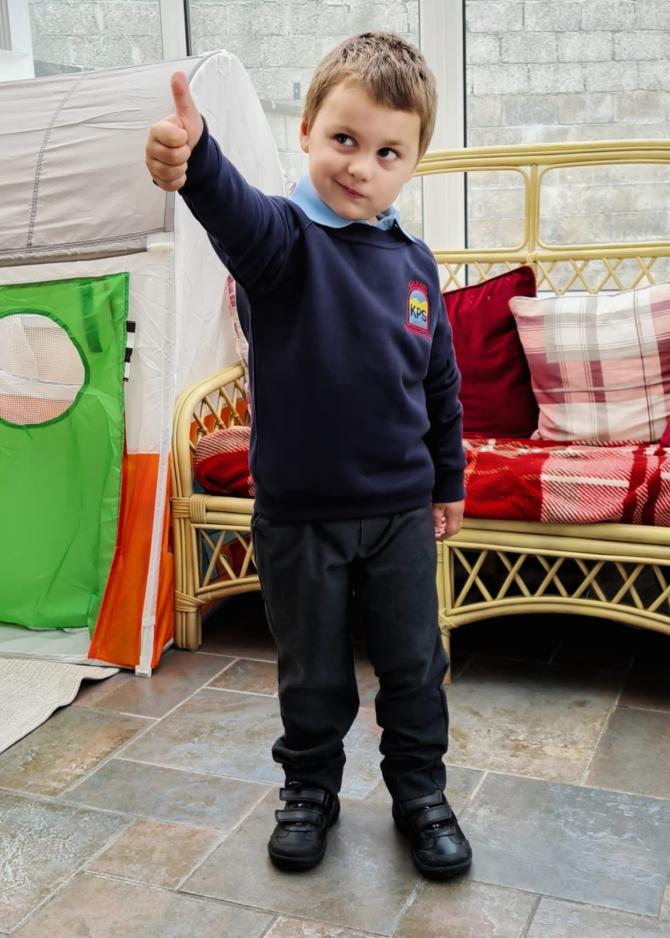 THE FAMILY of a little boy recovering from brain surgery have shared their joy as he embarks on his first days at school, just five months post-op.

Marina and Pierre Simon from Kilkeel have been adapting to a new normal as their son Elijah recovers from a major operation.

The family spoke to The Outlook back in February of this year when their little boy, four-years-old at the time, prepared for life-changing surgery.

Elijah was diagnosed with Rasmussen Encephalitis, a condition that caused him to have up to 200 seizures a day.

After multiple consultations with doctors and specialists, the family travelled to Liverpool for their son to receive a hemispherectomy - a procedure which involves disconnecting a cerebal hemisphere within the brain.

He received the surgery in late March and afterwards, spent weeks in hospital as he recovered.

Marina says Elijah’s progress has been up and down since they’ve returned home, adding: “In the beginning, it was as though he was recovering a lot faster than we had expected him to.

“But I think he’s going at a more normal pace now.”