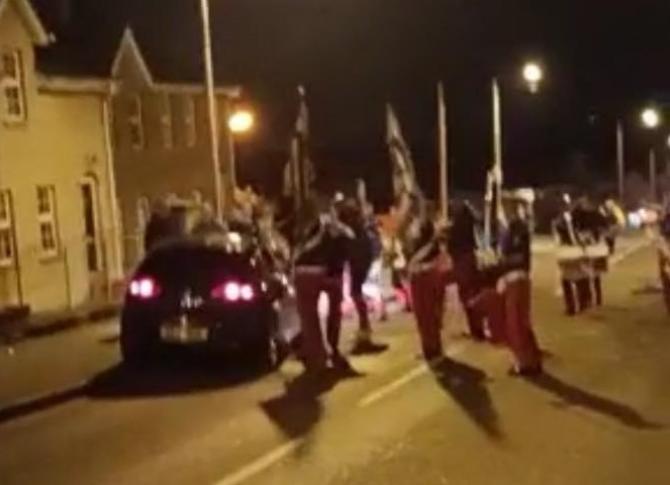 There has been outrage after a car drove through a parade in Rathfriland last night.

It’s believed that a car also drove through another band taking part in the parade.

Nobody was seriously injured in the incident.

“Only for the brave actions of some there could have been someone killed.”

She added that a number of children were also taking part on the parade.

“Anyone with any information please come forward,” added the MP.

“I have spoken with the Police and will ensure this fully investigated. They have asked anyone with video footage to come forward.”

“I’m liaising with PSNI and the band. If anyone has any informational ease get in-touch with myself or PSNI on 101.”

Alderman Barr said a car also drove through Star of Down Maghera FB and that a “white Sirroco playing sectarian tunes at Pride of the Hill FB has been charged/cautioned.”