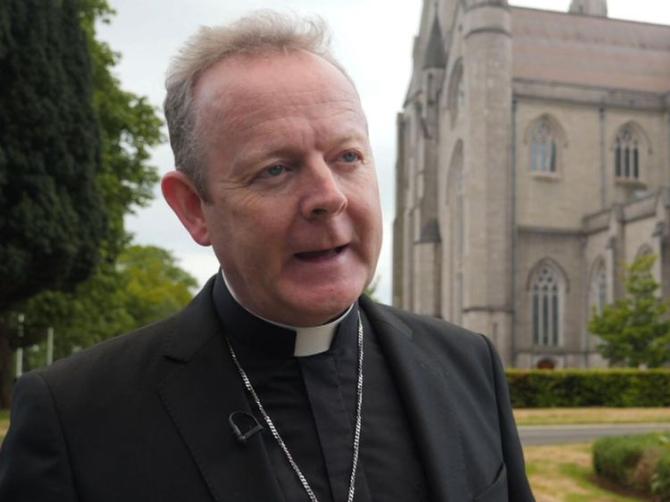 THE Roman Catholic Diocese of Dromore is to open up a “Redress Scheme” to compensate and offer pastoral support to survivors of clerical abuse in the diocese.

An “unreserved apology” has been issued by the church for the “hurt and damage caused to victims and survivors”.

And the Diocese of Dromore stated such behaviour perpetrated by members of the clergy was “abhorrent, inexcusable and indefensible”.

The Diocese says it is willing to “exhaust” its resources through the Redress Scheme.

In a statement, issued today, the Diocese said: “The Diocese of Dromore apologises unreservedly for the hurt and damage caused to victims and survivors of any priest or church representative acting under its authority. The Diocese of Dromore finds such behaviour towards children and vulnerable people abhorrent, inexcusable and indefensible.

“The Diocese of Dromore is initiating a Redress Scheme for victims of sexual abuse by priests in the diocese. The Diocese is committed to doing what it can to help bring healing to the survivors of clerical sexual abuse, and to all those affected by these egregious crimes.”

This, he said, would “enable the provision of financial and other supports for survivors”.

The Redress Scheme will be open to victims and survivors of child sexual abuse suffered at the hands of representatives of the Diocese.

It endeavours to ensure a process which is victim-centred and aims to provide victims with recognition and reasonable compensation without the need for lengthy investigation and litigation.

The statement continued: “The Diocese understands that redress may take varying forms. As well as enabling the provision of financial redress, the Scheme includes the possibility of a personal apology on behalf of the Diocese and other ways of providing pastoral support. The Diocese will also support the provision of counselling via the Towards Healing service.

“The Diocese is willing to commit whatever resources it has available for the purpose of redress to this scheme, even if that should exhaust those resources.”

The Scheme will respond to applications where there are allegations of sexual abuse (including sexual grooming), which may or may not have been accompanied by physical and/or emotional abuse, and which occurred when the Applicant was under the age of 18.

All applications will be assessed by an independent Panel, appointed via an independent process managed by a third party organisation. In assessing applications the Panel will have regard to all the available information and make its decision on the balance of probabilities and on a majority basis.

The process will fall outside the civil litigation process and be comparable to a mediation. It is anticipated that the process will be informal in nature but is intended to be binding on the parties should a resolution be agreed.

Archbishop Eamon Martin said he is also committed to continuing his ongoing pastoral outreach to survivors, making himself available “to meet with those victims who wish to share their story with him and to consider with him other ways in which their pain can be acknowledged and by which their healing can be assisted”.