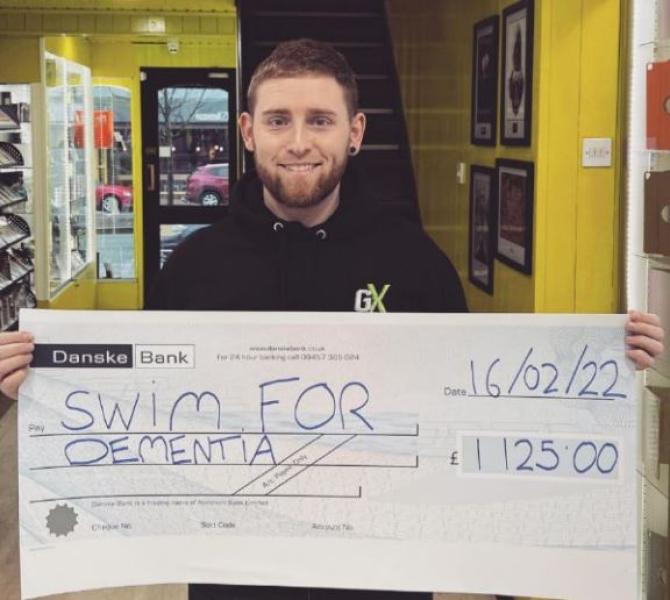 Kristian Graham's swimming challenge has raised over £1,000 for charity.

A DROMORE man and Banbridge business owner has raised more than a thousand pounds for the Alzheimer’s Society after taking on a month-long swimming challenge.

When Kristian Graham’s grandmother was diagnosed with the disease, the local man decided to participate in the Alzheimer’s Society’s ‘Swim for Dementia’ campaign last month.

Speaking to The Outlook, Kristian said: “When my grandmother was diagnosed with the illness, the reality of it really started to sink in.

“I thought this would be a worthwhile fundraiser to take part in and wanted to do something for a really important charity.”

The original challenge asks participants to swim about two, five or 10 miles in total, but Kristian decided to push himself and aimed to swim 50k in 30 days.

Kristian runs the Gadget Xchange store in Banbridge and when he announced his participation in the fundraiser, he received a wave of support from other businesses in the community.

The local businessman says he originally set out to raise £500 for the charity, but he has now raised double that amount.