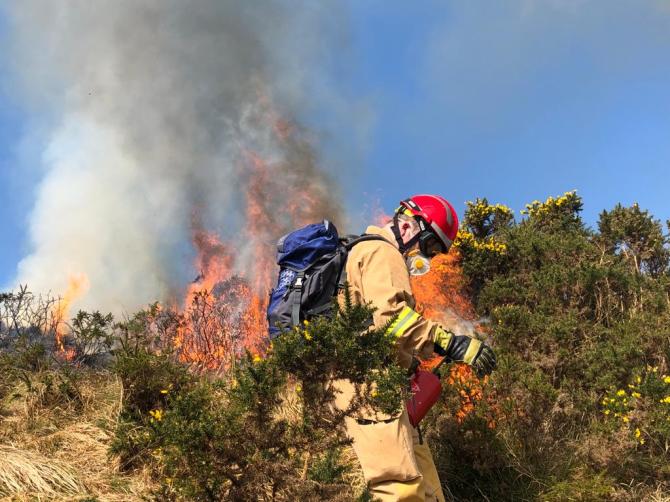 A firefighter tackles the blaze at Bloody Bridge.

A GORSE fire at Bloody Bridge is believed to have been started deliberately.

The fire broke out this morning and, at its height, six fire appliances and the Specialist Wildfire Team were tackling the blaze.

A Northern Ireland Fire & Rescue Service (NIFRS) Spokesperson said: “The gorse fire at Bloody Bridge, Newcastle has now been extinguished. At the height of the incident six fire appliances and the specialist wildfire team were in attendance.

"Firefighters used beaters and knapsack sprayers to extinguish the fire. NIFRS was supported at the incident by partner agencies Northern Ireland Environment Agency (NIEA) and the Mourne Heritage Trust.

"The incident was dealt with at 1.30pm and the cause of the fire is believed to be deliberate ignition."