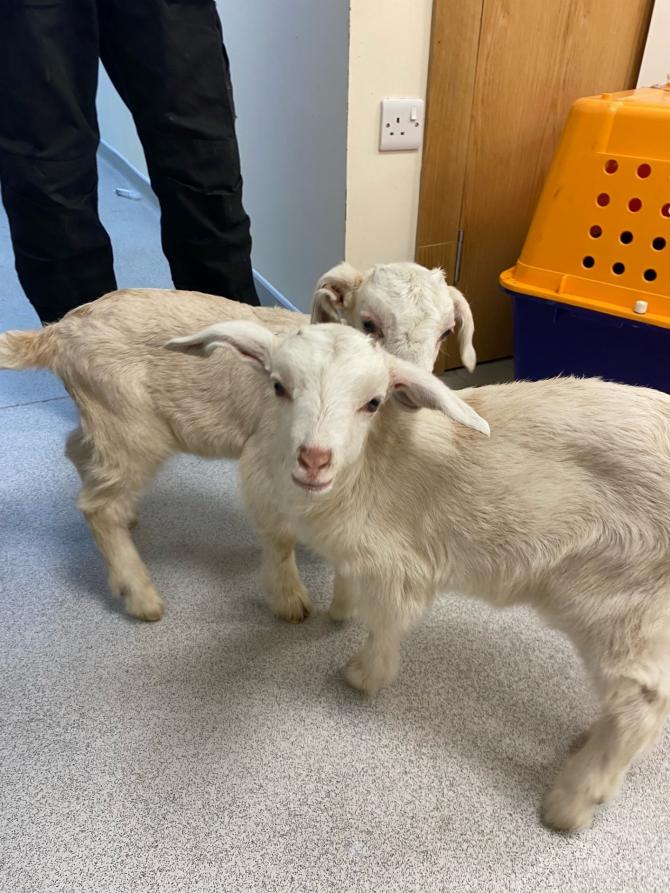 The malnourished abandoned baby goats are now being cared for by the USPCA.

TWO malnourished, starving male baby goats have been rescued from a ditch on a rural lane outside Dromara.

The USPCA (Ulster Society for the Prevention of Cruelty to Animals) rescued the two to three week old kids after a report was made to them by a member of the public.

It also appeared there were still signs of their umbilical cord being attached.

The USPCA is now working to fully recuperate the animals before trying to find them a new long term home.

Colleen Tinnelly, USPCA Development Manager, said: “This type of behaviour is unacceptable – in any cases of animal ownership, if you are not willing to look after young offspring, abandoning an animal in a ditch is not the answer.

“These two young goats have suffered so much already but we’re thankful we weren’t facing a fatal outcome – they could have very easily been knocked down by a car.

"Following veterinary assessment and being well looked after by our animal care team, they are now settled and in good health."