Anger as car burnt out in Mournes 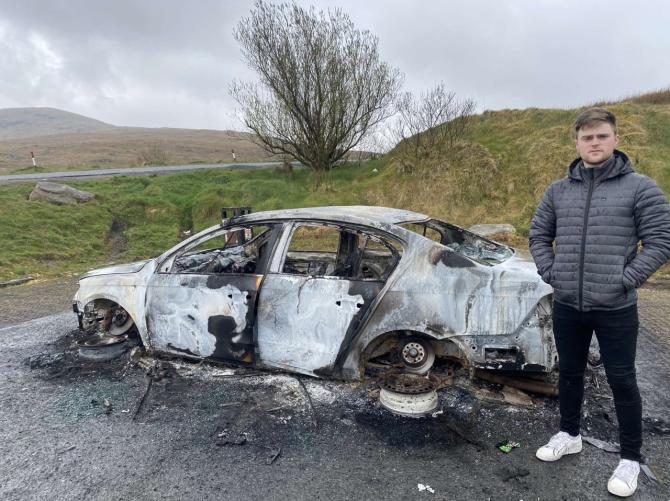 CONCERN has been expressed after a car was burnt out in a car park close to the Mourne mountains.

The car was set alight in the car park at Fofanny Dam over the weekend and Mournes councillor for the area Michael Rice said it was an "incredibly reckless" action.

The Sinn Féin representative said: “I had been contacted by concerned locals after a car had been burnt out in the car park behind the Fofanny Dam.

“This had the potential to cause a serious fire hazard on our mountains if the nearby vegetation had have caught light. To those responsible this was incredibly reckless.

“Such a scenario draws to mind the recent spike of fires across the Mournes. I suspect the only reason we didn’t have a repeat of this was because of the more humid weather conditions.

“Actions like this need to be condemned. We are incredibly lucky no damage was inflicted on the mountains or the immediate surroundings."

Cllr Rice also said the unpleasant incident had created an unsightly scene for visitors to the area.

“There is also a wider issue here. This car park would be a tourist hotspot over the bank holiday weekend, with visitors leaving their cars there to experience the natural beauty our landscapes have to offer.

“The ash and debris caused by this car has left the carpark in an awful mess, which will require a major clean up to restore the area to its original state. At present very few cars will be able, or willing, to use this facility, meaning more cars will be parked along the road, causing havoc for local commuters.

“I have since reported this to the Council’s Environmental Department and to their credit they have reassured me this issue will be treated as a priority.

“The issue has also been reported to the PSNI and I would urge anyone with information to come forward.”