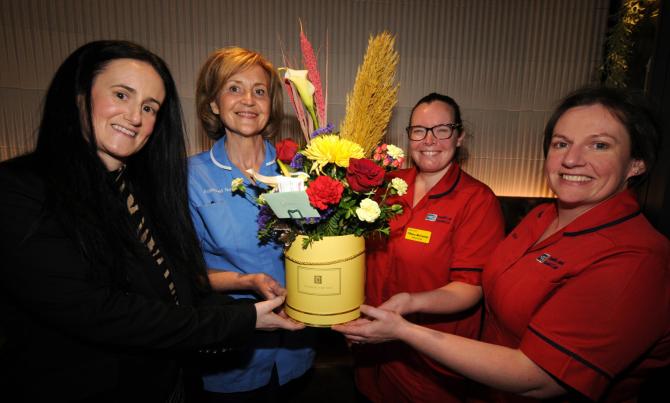 A RATHFRILAND nurse has paid tribute to the local community after she retired from the profession following almost 40 years in the role.

Gillian Rowland worked as a District Nurse as part of the Primary Health Care Team attached to the town’s GP practices, offering a service to clients and families who have become housebound.

“It has been a real privilege to serve as a district nurse in this area and to be allowed into people’s lives who you never would have known had it not been for the job,” she told the Outlook.

“There’s never been a day where I haven’t wanted to go to work,” added Gillian, who finished her training in 1982 before completing a spell caring for the elderly in the old Banbridge hospital at Spelga House.

From there, she moved on to the X-ray department at Daisy Hill Hospital and some 36 years ago, at the age of 23, was given the opportunity to commence district nursing in Rathfriland - a post which she has occupied until now.