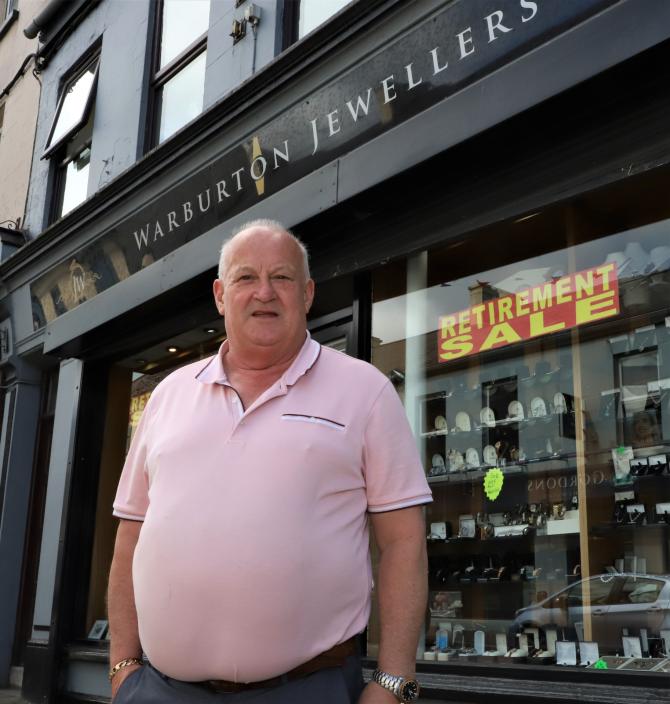 IT’S THE end of an era for the town centre in Rathfriland as Warburton Jewellers prepares to close its doors for the final time.

For over four decades, John Warburton and his wife Valerie have served the local community from their shop on the town’s Main Street.

John first started working as jeweller when he was just 16-years-old at his brother Morris’ store in Warrenpoint.

He eventually went on to open his own shop in 1981 and throughout the years it has remained a staple in the community.