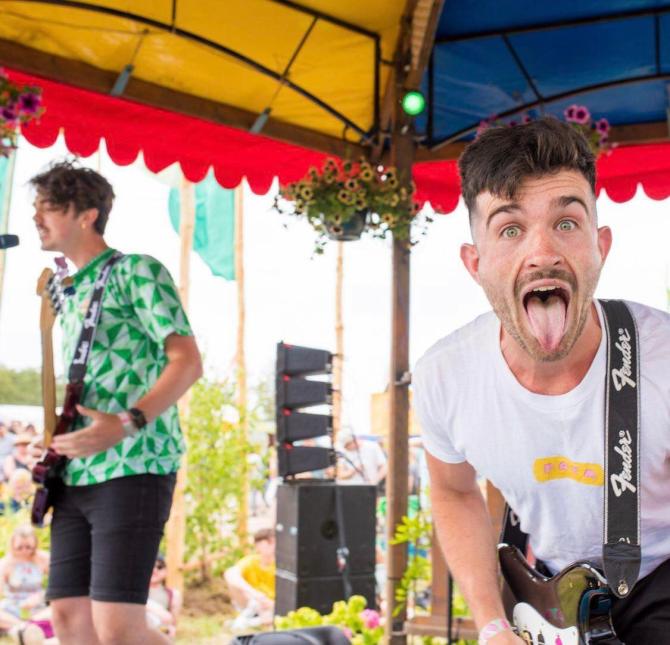 Daragh (right) having the time of his life performing at Glastonbury.

A HILLTOWN musician has recalled his experience of performing at this year’s Glastonbury Festival.

Daragh McSloy spoke to The Outlook about how he and his bandmate landed a gig at the world-famous music festival.

The local singer travelled to Scotland with fellow indie-rock musician, Jack Sheepe. Their two-piece band, ‘Paul and the Meanie’ was picked out of 80 acts across the UK and Ireland to perform at this year’s festival.

Hundreds of thousands of people have flocked to Glastonbury over the years to watch an ensemble of star-studded performances, and Daragh says being among them was a dream come true.

He said: “It was an absolute honour."

Read the full story in this week's Outlook on sale now.