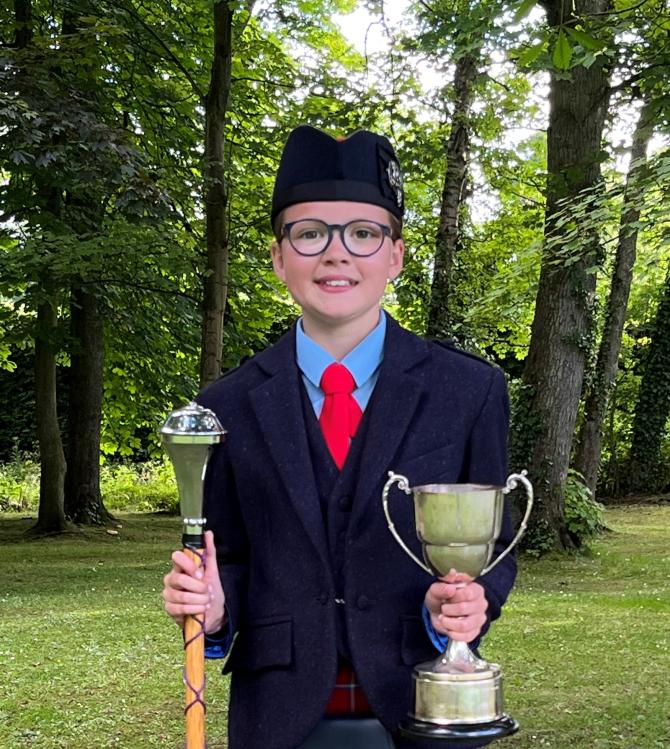 A DRUMLOUGH teenager has added to her already impressive haul of marching band trophies with the All Ireland Drum Major Championship accolade.

Speaking to The Outlook about her accomplishments, Jorja’s father Gary said: “This is only her second full year of competing.

“Jorja’s granny, Mavis, used to play the side drum [in Drumlough Highland Pipe Band], so it was down to her I suppose that the connection emerged and Jorja became interested in drum majoring,” he added.

Alternatively, you can set-up an online subscription to The Outlook, by clicking this link.