Banbridge’s Reg marks 90th birthday with book back in print 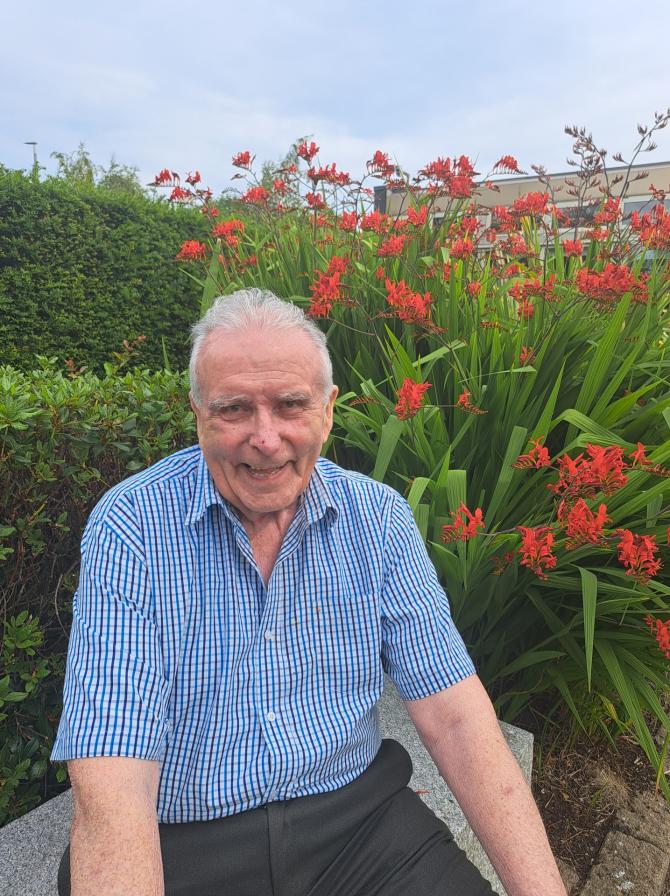 Reg Anderson, whose book, Down Memory Lane, has just undergone a third reprint, coinciding with his 90th birthday.

THE love of his home town of Banbridge and the love of his family were all the inspiration local historian and author Reg Anderson needed when he decided to compile his book ‘Down Memory Lane’.

Banbridge man Reg who celebrates his 90th birthday at the end of July, has now seen what was originally a book compiled for posterity for his family take off in its popularity.

And the surge of interest has seen the book now experiencing another reprinting for the third time since it was first published back in 2015.

The title ‘Down Memory Lane’ was the easy part as Reg says he initially wanted to leave his memories in print for the younger generations coming after him, his knowledge of Banbridge in days past recalls old street names that are no longer there or names changed, and there are many.

Commercial Road is an example, did you know that it used to be called Doctor’s Lane and stretched from Scarva Street to Linenhall Street and ended there? Do you know where Poplar Row was? Or that there was a Toll House on Newry Street? or Chapman’s Row? Or Bird's Lane (which is now Townsend Street)?

In Reg’s own words: “I never thought I’d write a book or even attempt to write a book but when I looked at my grandchildren and then look at the way Banbridge is changing so quickly I felt I had to write down what I have learned and watched happening to the town in my own lifetime.

"I knew I had to make an attempt to set it down on paper for them to read."

And what a read it is, 176 pages of Banbridge history, facts about local industries, businesses, people, photos, lots of photos, the markets and fairs, old schools, football clubs, Castlewellan Road had a Brewery and the Miles Aircraft Factory, talks about the Railway Station as well as the names of many traders long gone.