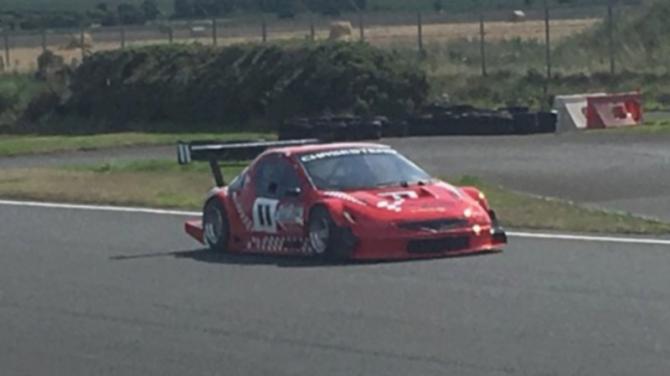 THIS Saturday (29 September) will see three Kirkistown championships and two stand-alone trophies awarded at the season-ending race meeting at the famous County Down circuit.

The Formula Vees will be visiting and once again, they are holding their Emerson Fittipaldi Trophy meeting at Kirkistown. Most of the regular drivers will be in attendance and since the Vees always put on a great show, this will be a race to watch.

On to the championships now and the closest one to be decided is the Roadsports. After a full season there are only two points between Newtownabbey’s Jim Larkham and Dromara’s Mike Johnston.

This has been the most closely contested season in years. Both drivers will be giving their all in what should be two most interesting races.

The other closely poised championship is for the Fiesta Zetecs. It is further complicated by the fact that a cancelled race from the August meeting is being run at this meeting and only those entered for the August version are eligible to take part.

This affects Belfast’s Mark Stewart, who was not entered for the August race. He is currently second in the Championship behind Nutt’s Corner girl, Eórann O’Neill.

Currently, there are five drivers who could win the championship. O’Neill has 140 points but she has two scores to drop. Mark Stewart has 137 points but no scores to drop. However he can only score a maximum of 44 points in this meeting, whereas O’Neill can score 65.

The man with the outside chance is Lurgan’s Malcolm McKeown. He has 91 points, one score to drop and is going in all three races.

Interestingly, Robert Woodside from Ballyclare, who has raced and won in single seaters at Kirkistown, has entered the final two Fiesta races, as have the Fitzgerald brothers from Lucan. Hopefully, none of these three quick drivers will influence the championship outcome.

The Saloons have two races but their championship has already effectively been won by Portadown’s James Turkington. He has a 42-point advantage over Downpatrick’s Andrew Armstrong, with only 44 points available.

Turkington could finish 9th in both races and still win the championship.

However, there are some battles further down the field. Belfast’s Stephen Traub is disputing third place with Downpatrick’s Stephen Potter and Nutt’s Corner driver, Donal O’Neill and Randalstown driver, Paul Sheridan are tied on 51 points for 5th.

This will be an excellent meeting to bring Kirkistown’s season to a close. Qualifying will begin around 9.30am and the racing should start around 11am. Entry is £15 and children under 16 go free.