Yodelling Johnny through to next stage of TV talent show 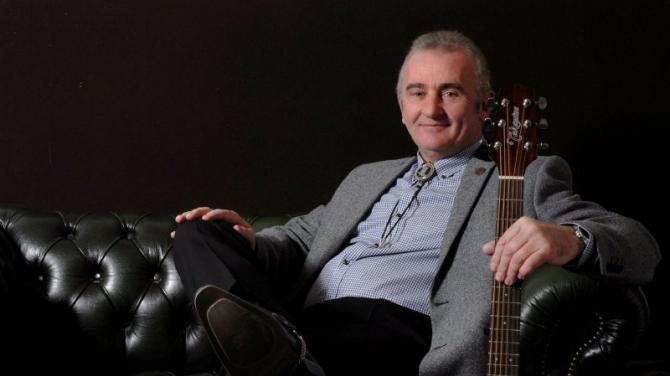 Johnny’s performance was broadcast to audiences on Saturday night (16 February) on Virgin Media One (formerly known as TV3) and on Freeview in different areas on digital.

Johnny, who now lives in Banbridge but remains an Annaclone man at heart, spoke to The Outlook about the popular TV show and his journey into the country music scene.

Since his primary school days at Monteith Primary School, Johnny was always involved in plays and concerts.

Johnny could yodel from a very early age and had sung in many gigs by the time he was a 16-year-old pupil at St Patrick’s College, Banbridge.

Success as a solo country and Irish singer came knocking and he was even the lead singer for The Ramblin’ Men for a time.

Explaining how he came to headline the popular band made famous by Ireland’s Queen of Country Music Philomena Begley, Johnny says she was expecting a baby and was “going off the road” for a while.

“She wanted to keep her band The Ramblin’ Men on the road and I decided to audition for a lead singer, to replace her when she was off.

“Sean Wallace, the local country music promoter, who was my former manager and now close friend approached me at the time and asked if I wanted to audition for the job.”

After enjoying a successful country music career spanning several decades, Johnny decided to try a new platform. He auditioned for Ireland’s Got Talent after watching the show last year.

He added: “I was only doing a bit of music then and thought I would like to take part.

“I know that country music is very popular in Ireland and I can yodel too so I thought that was something a wee bit different for the show.

“I sent a demo video of the song ‘She taught Me how to Yodel’ and I got an invite to the studios a couple of weeks later.

“After that, I was invited to the registration day in September.”

Johnny’s Saturday night performance was filmed in the Helix Theatre in Dublin in front of a 1000-plus audience.

He was supported by Sean Wallace and a few close friends and family from Annaclone and Banbridge.

“The audience were unbelievable and were really interactive with me too. Going onto the stage I was the most nervous that I had ever been in my whole life.

“However, for some reason when I was handed the microphone a total calmness came over me and I just did my audition and got on with it,” he said.

Johnny admits it was an emotional moment when the judges unanimously gave him four ‘yes’ votes.

“They were really pleased with my performance and I was in tears when they all liked it. It was a very emotional moment for me.

“Now the judges will deliberate as to what happens next and I have to stay tight-lipped over how far I get. Viewers will just have to stay tuned.

“It is such a big show and I am just hoping that I came across okay. I really would prefer to watch someone else on television rather than myself,” he said.

Those who make it through the auditions compete against other acts in a series of live semi-finals, with the winning two acts of each semi-final proceeding to the show’s live final.