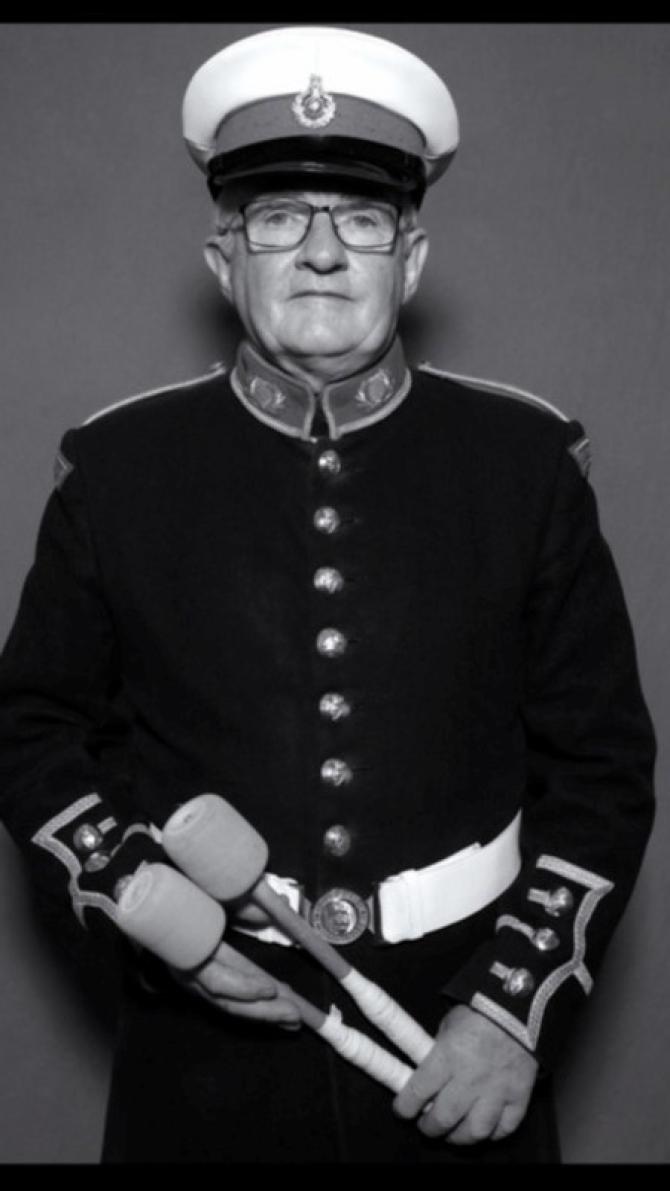 Beating the drum for Pride of Ballinran on BBC’s The Band will be Kilkeel man, James Norris

A WELL-KNOWN Kilkeel man will make his television debut to talk about how he set up a flute band in the town.

James Norris established the Pride of Ballinran Flute Band in 1980 and remains an important member, playing base drum.

In BBC NI television series, The Band, James reveals the importance of the band to himself and his family. Ahead of his appearance in the show, he told The Outlook that he felt it was important to tell the personal story of being in a band.

“We were approached to see if we would like to take part, I think it came after one of our tattoo appearances,” he said.

“They wanted to know what involvement I had with the band and the early days as well as what practising we do.”

James, who has a well-known plant hire business at Kilkeel Harbour, said he has “eased back” in the running of the band, but remains as passionate as ever about the band.

“I was always in percussion, playing the side drum and base drum and I still play that,” he said.

“I am definitely passionate about the band. It’s a family-orientated band, we have people in it from the start and their children are in it now.”

These include two of his own three children, with son Ian and daughter Lynsey active band members.

“My grandson Tommy is in the band too. My other daughter was in it, but she’s recently had a baby so isn’t in it at the minute,” he said.

“The band has grown within families and it’s great to see.”

The Band is a three-part series which looks at the Ulster-Scots tradition of bands, the people, young and old, who are involved and their dedication to their respective bands.

The film crew spent three days with James last year, including recording him taking his base drum up the Head Road in Kilkeel, and they attended the band’s main parade in Kilkeel on the last Saturday in June.

“They were there the whole day. They set up a marquee in the Lower Square and took pictures of the band members and their families too,” said James.

“It was about getting the personal stories about the band out there and what makes our band what it is.

“It has grown from setting off from nothing to what we have today and it is encouraging to see that talent.”

The Pride of Ballinran regularly takes part in competition parades throughout Northern Ireland as well as tattoos throughout the UK.

They are currently fundraising for the purchase of new uniforms this year.

“Everyone in the band has set themselves to a very high standard,” said James.

“They learn in the band, keep the quality to a very high standard and this is all very encouraging.”

However, despite taking part in the programme James doesn’t plan on watching it.

“I am not looking forward to watching it! I will have to get away if I can before it’s on,” he said.