Harriet's 'bun' in a million with cookery charity fundraiser 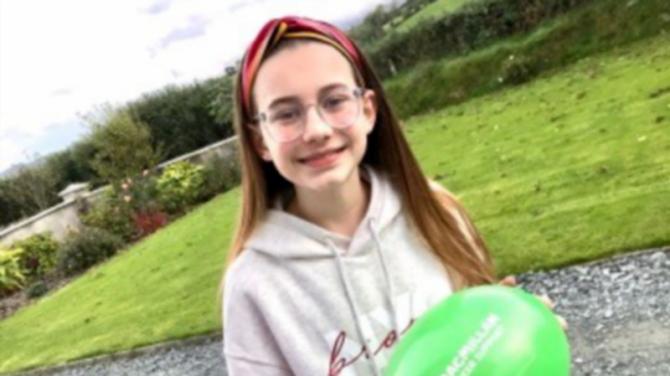 A KIND-HEARTED Annaclone girl has raised over £1,000 for a cancer charity through her delicious home bakes.

Harriet, who is a past pupil of the local primary school and now attends St Patrick's College, Banbridge raised £1,186 for the cancer charity.

This was Harriet's second successful coffee morning after she held one at her home last year, raising £575.

Harriet's mum Sharon, told The Outlook she is “very proud” of her talented daughter who is already thinking ahead to her fundraiser next year.

She added: “The principal of St Colman's Primary School, Mr O'Neill kindly let us use the school hall for the event which took place on (Sunday) 29 September.

“It attracted such a good crowd and we got a lot of people that were coming out of mass and a lot of local people who knew it was on.

“Harriet saw an advertisement last year for Macmillan and got the idea to do this and help support those going through a cancer diagnosis and who have to avail of the charity's services.

“Harriet loves baking and trying out new recipes and baking for family and friends and when she saw the idea for a coffee morning and baking she loved the idea.”

Sharon also thanked the generosity of the local community and businesses who helped to support the fundraiser.

“Harriet loved the day and got such a buzz from it this year. Everybody has been wonderful and there wasn't too many baked goods left over and what was we were able to box up for people to take home with them.

“I am so very proud of her and how much she has raised and she is an absolute sweetheart and I am sure she will now be looking to go bigger and better again next year too.

“A special thanks also has to go to Tom at the Milestone Rathfriland, Gordon at the Rosehip Bakery Banbridge and Donal at Kingsmill for all of their kind donations.”