Conflicting advice given to schools by Public Health Agency 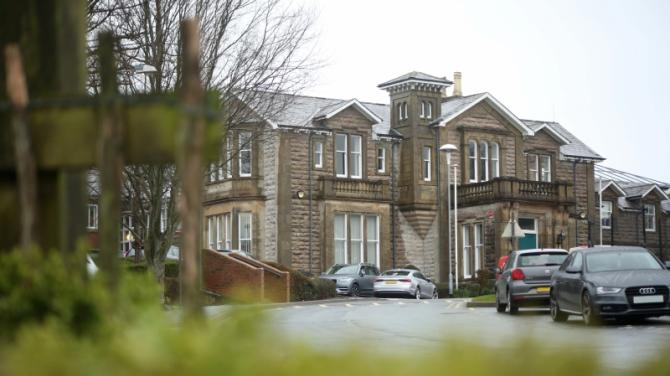 THREE local schools affected by the coronavirus were given conflicting advice by the Public Health Agency.

The three secondary schools contacted the PHA seeking advice after their pupils and staff members returned from northern Italy on ski trips, one of the regions to be affected by the illness.

Banbridge Academy, Dromore High and St Mark’s High School, Warrenpoint all contacted the Public Health Agency last Tuesday (25 February) morning seeking advice on whether those affected could remain in school or should be sent home immediately.

Principal of Banbridge Academy, Mr Robin McLoughlin expressed his concerns to The Outlook following his quandary with the Public Health Agency (PHA).

Mr McLoughlin said he heard on the radio on the way into work that people in the UK who had recently returned from northern Italy were being told to self-isolate if they showed coronavirus symptoms.

He immediately got in touch with PHA and was told that there was no information readily available to give to him at that time.

Mr McLoughlin said he gathered all the pupils and staff members who had been on the trip into the assembly hall and awaited a further response from PHA.

“They contacted the school back a while later and told us that all of those individuals who had been on the trip should be sent home immediately and self-isolate for 14 days.

“We were then told, on the same day that in fact pupils and staff should go home but could return the next day so long as they were showing no symptoms.”

Mr McLoughlin added: “We followed their advice and guidance and we have had no confirmed cases in any of our pupils or staff members.

“Pupils who were on the trip should be in school and operating as normal.”

Principal of St Mark’s High School, Warrenpoint, Mrs McNulty explained that the advice given by PHA last Tuesday morning, when the school first made contact, was that pupils and staff members who had been on the recent ski trip should self-isolate for 14 days. The school was then contacted by PHA the following day and told that actually, if those involved on the recent trip were not showing any symptoms, they could return to school.

Mrs McNulty said she followed the guidance given by PHA and that they were very prompt in giving that advice.

Meanwhile, principal of Dromore High School, Mr McConaghy said that the advice given to them was that any pupil or staff member who had returned from northern Italy and who displayed symptoms should go home immediately, self-isolate and contact their GP for further instructions by phone.

Pupils or staff who displayed no symptoms could continue to attend school/work.

“The ski trip itinerary did not include visits to any of the towns in northern Italy currently in lockdown,” Mr McConaghy said.

“This message was conveyed to our school community via the school app and social media, and since then advice from the PHA has not changed and our message has remained the same.

“Some pupils who felt unwell have followed the instructions given, they have been tested for the coronavirus and the results so far have come back negative.

“There are obviously concerns amongst some pupils, parents and staff and we have endeavoured to assuage fears reiterating the message from the PHA.

“Increased precautions have been put in place in school including the provision of hand sanitiser and reminders about good personal hygiene.

“The pupils have responded very well to this advice.

“We continue to check the PHA advice at least twice daily for any changes, though thus far the advice remains the same.”

The Outlook contacted the Public Health Agency about the differing information which was given to the three schools.

A spokesperson said it was “regrettable” that this was the case.

“Regrettably, it would appear that in some reported cases the information provided via the helpline has not been up to the required standard.

“We are working hard with our provider partners to further quality assure this information,” they said.

“We fully appreciate the high expectations that callers to the service would rightly have and we are committed to ensure that these are met at all times.

“Our helpline is one part of our communications efforts which takes many forms including digital output on websites and through social media, posters, media interviews and briefings and detail circulars to GPS and other health service staff.

“Anyone who has recently returned from the affected regions and is exhibiting potential symptoms is advised to contact their GP by phone and self-isolate themselves.”

To date here have been two confirmed cases of coronavirus on the island of Ireland. The first person to test positive was a woman who travelled from northern Italy to Northern Ireland, via Dublin last week while the second was a male student who attends a Dublin secondary school.

As of Friday (28 February), Northern Ireland now has full access to the NHS 111 helpline service on coronavirus.

This NHS 111 advice line will replace the localised helpline number with immediate effect. More general advice on coronavirus is available in the first instance from the PHA website www.pha.site/coronavirus