NI Water apologises for work which continued to almost 2am 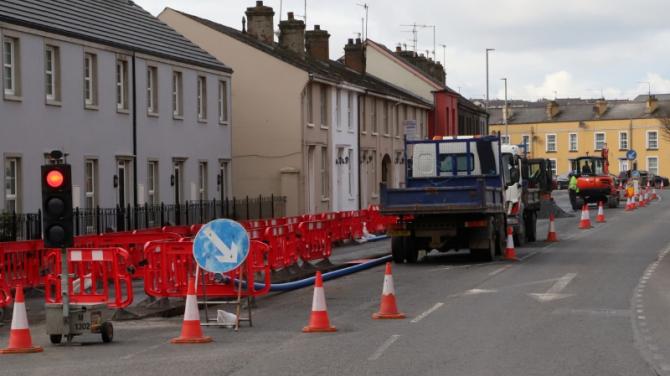 Work is continuing on the Dromore Road, Banbridge

NI WATER has apologised for the disturbance caused to residents in Banbridge after a burst pipe left workmen drilling and digging until 1.30am.

Jayne Harvey and her husband, Jim live in one of the terraced houses at Bambrick Terrace on the Dromore Road, Banbridge.

Jayne told The Outlook that she did not receive an official letter from NI Water stating that works would be commencing to the road directly at the front of her home and for a period of 10 weeks.

Works commenced on Tuesday, 3 March and they hit a burst pipe at around 1pm that afternoon.

Speaking about the day’s events, Jayne said: “The workmen started in the morning and as I work from home I was very aware of how they were getting on with it.

“They appeared to hit a pipe which then burst at around 1pm.

“However, they left the burst pipe and continued on with different work, so the pipe was spouting water which subsequently led to the entire road becoming flooded.”

Jayne said it wasn’t until later that evening, at around 7.30pm that the workmen began to rectify the problem of the burst pipe.

Regardless of the noise outside, the Harveys continued with the bedroom routine of getting their three children, aged 12, eight and their one-year-old to bed.

“We have a bedtime routine with the kids and from half 7 to 10pm we normally have all three of them asleep in bed.”

However, this was not possible last Tuesday evening.

Jayne explained that from 7.30pm onwards there was digging and drilling going on right outside the family home.

Throughout the remainder of the evening, the couple were hopeful that the noise would eventually cease.

“We did get our one-year-old over to sleep but the older children just could not settle.

“Our one-year-old was then wakened later in the night and we couldn’t get him settled again until 4am the next morning.”

Jayne works from home and said she is awake from 6.30am each morning to get the children organised for school and for her daily work commitments from home.

“I think we managed a couple of hours of sleep that night,” she said.

“The workmen worked right through until 1.45am the next morning and it was extremely noisy and unsettling for all three of the children.

“Night time is supposed to be a quiet time but it was anything but that.”

Jayne said she can’t understand why the workmen left the burst pipe and didn’t begin to fix the problem until later that evening.

In a statement a spokesperson for NI Water said: “NI Water understands repairing major infrastructure outside a family home isn’t ideal and we apologise for the noise which occurred during this emergency repair operation.

“We would like to thank the residents for their patience while we repaired two burst watermains in Bambrick Terrace.

“NI Water’s priority at all times was to minimise the interruption to customer supplies and ensure both homes and businesses in the area had water.

“Our staff and contractors had two difficult bursts to repair in the vicinity of Bambrick Terrace.

“The first burst was repaired by the afternoon of 3 March.

“However, in order to maintain water supply and mange traffic congestion at the Bambrick Terrace/Dromore Road junction, the repair of the second burst was delayed until that evening.

“The road drainage was able to cope with the run of water and so no flooding occurred.

“Work on this watermain was complex and took considerable time however, staff worked into the early hours of 4 March to ensure that every customer had water.”

Both Jayne and Jim were made aware of the response by NI Water.

Jim said that while the disturbance was a nuisance to the whole household, he could understand that the burst pipe needed fixing.

“I have to give my dues to the workmen for staying on and solving the problem however, it was left lying from 1.30pm that afternoon for quite some time.

“I am pleased that an apology has been issued and I do accept their apology with this matter.” 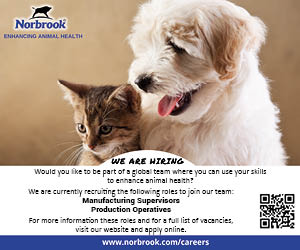