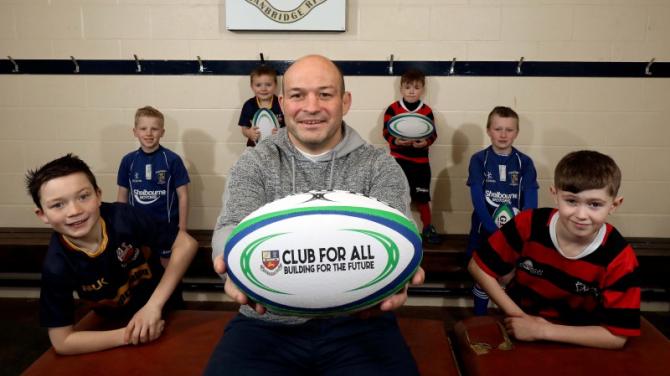 The Homecoming Festival weekend for Irish Rugby legend, Rory Best has been postponed

THE organising committee of the Rory Best Homecoming Festival at Banbridge Rugby Club has taken a precautionary decision to postpone events that were scheduled to run from 22 to 24 May.

The events were being organised to celebrate the achievements of the recently retired Ulster and Ireland captain who has a long association with the club, as well as boosting fundraising for Banbridge’s ‘Club for All’ development project and Rory’s chosen charities, the IRFU Charitable Trust and the Cancer Fund for Children.

President of Banbridge Rugby Club Maynard Sinton said: “We were very much looking forward to the weekend of events, so it is extremely disappointing that the events won’t go ahead as planned.

“However, given the concerns of our members and the public around COVID-19 and considering the large number of people we anticipated coming to the club in May, we believe that the organising committee has made the right decision in postponing the events.

“The committee will review the situation with stakeholders in the coming months to reschedule the weekend.”

Rory Best said: “It’s obviously very disappointing that the Homecoming Festival won’t take place in May but postponing the events is undoubtedly a responsible move to avoid any possibility of risk to anyone’s health.

“When the time is right we look forward to announcing new dates for the events which will benefit the club and our charity partners.”

Two of the Homecoming Festival events were due to take place at the Waterfront Hall.

A spokesperson for the Waterfront said: “Original tickets purchased for all affected events will remain valid for rescheduled events. Patrons will be notified as soon as new dates are confirmed.”