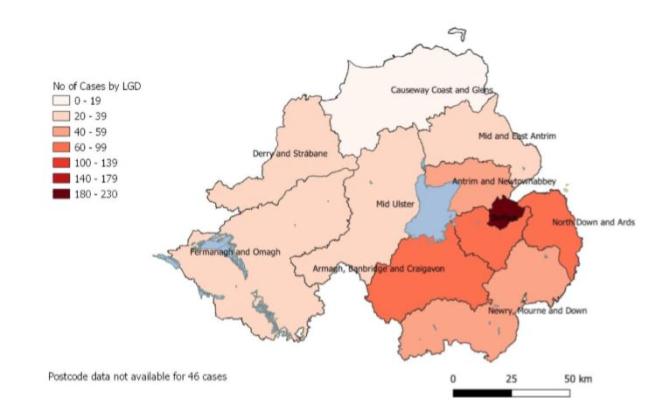 SEVENTY-NINE cases of coronavirus have now been confirmed in the Armagh, Banbridge and Craigavon borough, the latest figures have revealed.

That's up nine from Wednesday.

As of 11.15am this morning (Thursday) there have been 55 in the Newry, Mourne and Down district, a jump of four from yesterday.

Still only the Belfast area with 226 and Lisburn and Castlereagh (97) have had more cases than the ABC borough.

A total of 1,111 tests have been carried out across the Southern Trust, according to today's figures from the Public Health Agency.

Across Northern Ireland 6,899 have been tested, an increase of 449 from yesterday with 774 proving to be positive – up 85 from Tuesday.