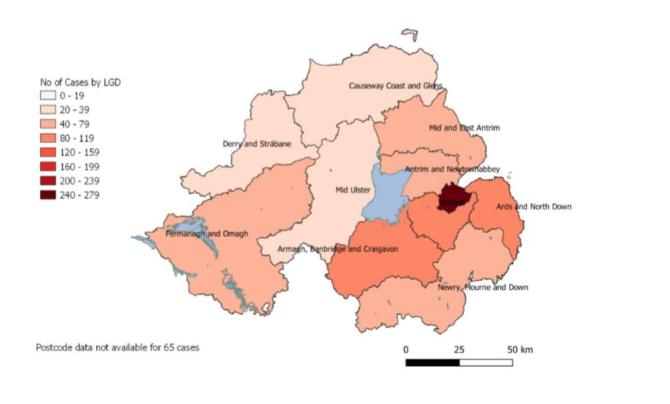 NINETY-ONE cases of coronavirus have now been confirmed in the Armagh, Banbridge and Craigavon borough, the latest figures have revealed.

As of 11.10am this morning (Friday) there have been 61 positive results in the Newry, Mourne and Down district – up by six in 24 hours.

Only the Belfast area with 272 and Lisburn and Castlereagh (109) have had more cases than the ABC borough.

A total of 1186 tests have been carried out across the Southern Trust, according to today's figures from the Public Health Agency.

Across Northern Ireland 7,525 people have been tested, an increase of 626 from yesterday with 904 proving to be positive – up 130 from Tuesday.