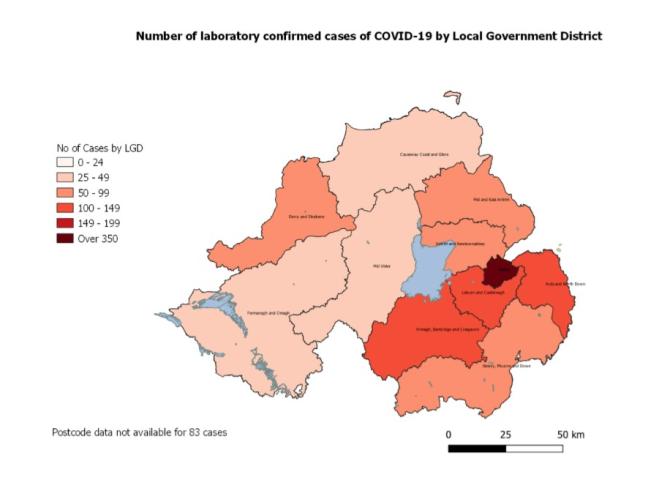 OVER 100 cases of coronavirus have now been confirmed in the Armagh, Banbridge and Craigavon borough, the latest figures have revealed.

There are now 109 cases of COVID-19 confirmed in the borough, up from 91 when the figures for each district were last revealed.

The Belfast area now has had 377 cases and Lisburn and Castlereagh has had 130.

A total of 1359 tests have been carried out across the Southern Trust, according to today's figures from the Public Health Agency.

Across Northern Ireland 8740 have been tested, an increase of 254 from yesterday with 1,158 proving to be positive – up 69 from Sunday.