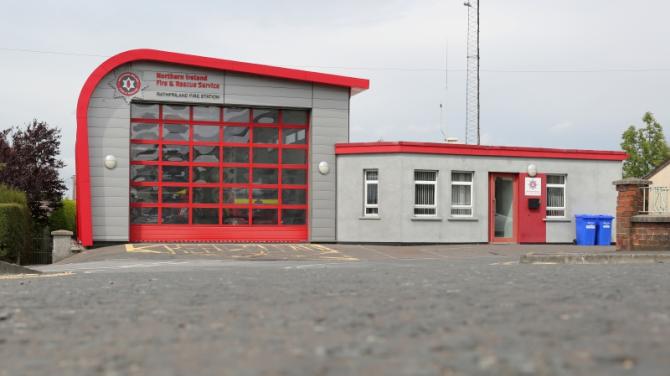 LAST year witnessed an overall rise in both calls and false alarm calls to local fire stations across the district.

This same analysis was also used to record the number of false alarm calls that were recorded for the same period.

From 2016 until last year alone there were 1,163 calls made that were responded to by Banbridge station.

The total false alarm calls for Banbridge for this same period stood at 709, with 2019’s ranked the highest at 266 deemed false for a single year.

Dromore station also recorded a new high for calls last year with 157 - a rise of 129 from the previous year.

False calls to Dromore also witnessed a growing trend with 93 made last year, a record high, and 223 for the three-year period.

Newry’s numbers ranked among some of the highest for the local area, with 3,595 calls made over the three-year period - 1,590 of those were made last year alone.

False alarm calls made to Newry were also highest in the district with a total of 918 for just last year alone, ranking the largest number over the three-year period.

Meanwhile, Rathfriland station also noticed an increase of calls last year with 239 compared to 191 made in the previous year.

Rathfriland station responded to 558 calls over the three-year period and last year also recorded the highest number of false alarm calls to the local station with 109 compared to just 63 in 2016.

Warrenpoint’s false calls also noticed an increase last year - but just by seven from the previous year to 109.

Kilkeel station noticed a big jump in calls last year of 591, compared to 354 for the previous year.

The local station responded to 1,281 calls over the three-year period and also noticed an increase in false calls.

Calls that were deemed to be false have also risen during this period and 2019 accounted for 23,970 of false calls across the whole of Northern Ireland compared to 22,627 false calls for the year before.

The increase of year-on-year fire calls across the district comes as NIFRS reported nearly a 50 per cent increase in dwelling fires last month, compared to the same period last year.

Due to the Covid-19 pandemic, the community has spent the majority of the month of March in their homes and cooking, electrical incidents and candles or matches have been the main causes of fire during this time.

There has been an increase of 33 per cent in the number of cooking appliance related fires in March 2020, compared to March 2019, and electricity supply related and smoking related fires have also more than doubled during this time period.

The number of casualties at accidental fires in the home has also increased by 48 per cent during this time.