VE Day to be marked with celebrations at home 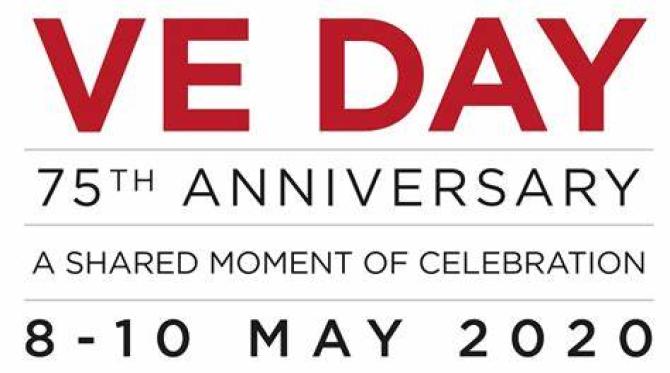 THE Rathfriland Branch of the Royal British Legion is encouraging everyone in the district to come out into their gardens and partake safely in the 75th anniversary of VE Day tomorrow (Friday, 8 May).

As people are no longer able to attend national and regional VE Day 75 commemorations or events due to the Covid-19 pandemic, the Royal British Legion is playing a central role in the delivery of a range of remote activities for people to participate in from home.

The Rathfriland Branch RBL would welcome everyone to safely enjoy a lovely picnic or sing-a-long but also take a moment of reflection.

Kilkeel’s Standard Bearer, Georgia Hudson is set to take part in a live streamed event on Friday to celebrate VE Day across the UK

Secretary and deputy Standard Bearer, Carol Hudson told The Outlook: “Before lockdown was enforced we were to have a number of drumhead services in the town and it was to be a massive event celebrated across the UK.

“Now we are creating a virtual parade of what we were originally going to have and our standard bearer, Georgia Hudson is taking part in this.

“Georgia had to perform a montage of salutes and marching positions and these will be sent to the Royal British Legion who is putting them together into one parade.

The events organised by the Royal British Legion includes a VE Day 75 live stream, national moments of remembrance and thanksgiving and a learning pack for young people.

The Legion is inviting all its members to join together in encouraging people of all generations and communities to take part in the activities this Friday and pay tribute to the service and sacrifice of the entire Second World War generation.

The Legion is calling on people to join in a national moment of reflection and remembrance at 11am on Friday and pause for a two-minute silence, not only in recognition of the service and sacrifice of the Second World War generation, but also to reflect on the devastating impact Covid-19 has had on so many lives across the world.

Following the silence, the Legion is hosting a VE Day live stream, sharing stories and memories from those who served and sacrificed during the Second World War.

The Legion is inviting people to grab a cup of tea and join them for the live stream as they bring the World War Two generation together with today’s generation to chat about their experiences.