'Fantastic family and Friends' brave the shave for cancer centre 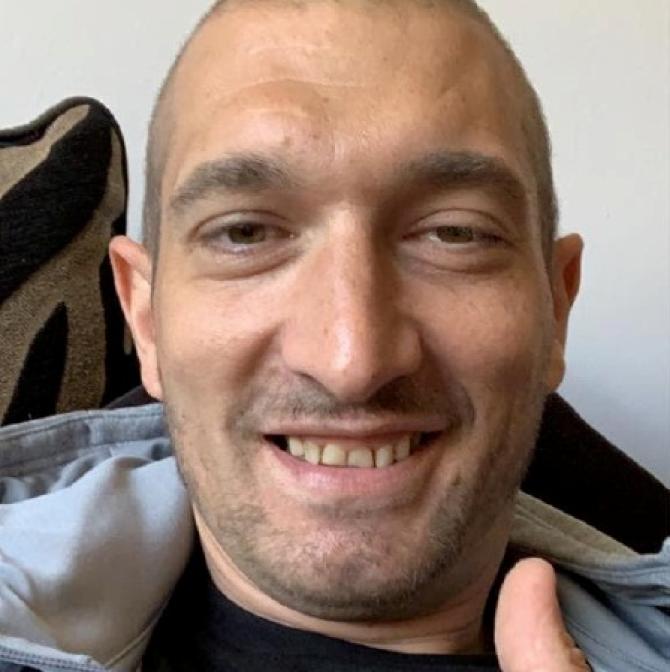 Stephen Cunningham was diagnosed with cancer back in January and his sister, Emma Louise has started a fundraiser

A KILKEEL woman, whose brother is currently battling cancer, has raised thousands of pounds for a charity close to his heart.

Emma Louise Cunningham, set up a GoFundMe page just over a week ago to raise money for the Friends of the Cancer Centre in Belfast.

Since starting up her fundraising page which is asking people to ‘brave the shave’ by shaving their head for cancer, the Mourne woman has raised over £7,000.

Emma Louise’s brother, Stephen (35) who is married to Donna, was diagnosed with AML acute myeloid leukaemia on 24 January.

The local man has already received two sessions of chemotherapy from the Belfast City Hospital and is currently awaiting his third.

Emma Louise, who has an extremely close bond with her brother, told The Outlook she has not seen him for nearly nine weeks due to the Covid-19 pandemic.

She said she woke up one morning and decided to raise some money to give something back to the great facilities that are available for Stephen to make his hospital stays a little easier.

Emma Louise spoke about Stephen’s diagnosis earlier this year and how her family’s world has been “turned upside down” since then.

She said: “Stephen was showing flu-like symptoms and he was suffering from the cold and was getting headaches and he thought it was best that he got checked out so he went to A&E.

“Bloods were taken and because the levels weren’t right he was transferred to Belfast City Hospital and a few days later he received the diagnosis.

“It was just unbelievable and we were all devastated as my dad died five years ago and then my eldest brother, Patrick died four years ago in a car crash in Killowen.”

Stephen, who lives in Kilkeel and works for Brolly Aluminium Finishing in Ballynahinch, has already completed 12 weeks of chemotherapy this year.

Due to Covid-19 he is currently shielding and has been isolated from the rest of his family.

Mum-of-two Emma Louise continued: “I woke up one Friday morning and had been feeling really down as I haven’t seen him in over two months now.

“I thought to myself I could do something to boost my mood and also his morale too and I thought a fundraiser would be a good idea and Stephen suggested doing it for the Friends of Cancer Centre in Belfast.

Emma Louise asked everyone willing to donate to shave their head and send her a picture of the finished result.

Stephen and Emma Louise’s brother, Gary who is living in Australia has also braved the shave with his friends

She said: “I have then been turning it into a collage of everyone who has braved the shave and Stephen has loved seeing this.

“So far we have over 50 heads that have been shaved and it has been going really well and people are still managing to get involved, including all of our friends and family.

“Even our brother, Gary in Australia and six of his friends have shaved their heads too.

“The fundraiser has also helped to keep Stephen’s mind busy during all of this and he has enjoyed seeing the total climbing up and up.”

Emma Louise thanked everyone who has donated so far and plans to keep going until she has reached £10,000.

“As a family we are so thankful to all of the nurses on ward north 10. They are now like family to Stephen and they have taken him under their wing.

“He has also gotten friendly with five men on the ward and they have just clicked too and they get on really well.

“I am hoping that after the pandemic eases that I can do a bigger fundraiser for Stephen - but we are just so grateful for the support that has been shown so far,” Emma Louise said.

You can donate towards Emma Louise’s fundraiser at: www.gofundme.com/f/bk4db-braved-the-shave.