Impact of A1 crashes on families revealed in new documentary 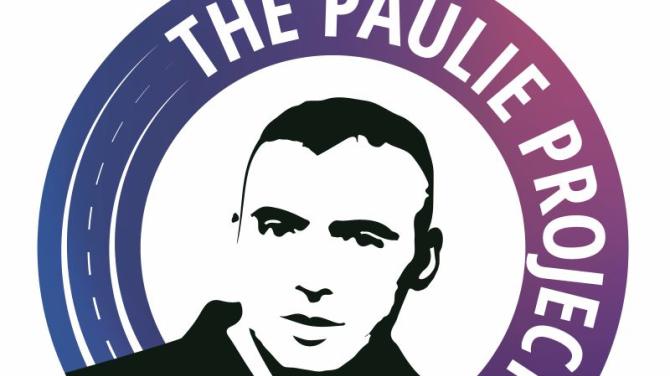 AN innovative road safety project will be available to view online from this Thursday, 11 June at 8pm.

The locally produced documentary, titled “The Paulie Project” features personal stories of local families who have been affected by the devastating aftermath of traffic collisions on our roads.

The documentary name is in memory of John Paul McKevitt (known to his family as Paulie) who was killed on the A1, outside Newry on 25th September 2014 while out cycling.

The project was funded by Newry, Mourne & Down Policing & Community Safety Partnership (PCSP).

“Road Safety remains a key priority for Newry, Mourne & Down PCSP, and we continue to make great progress in this area. We have undertaken a range of successful initiatives in the last year and our partnership are committed to continuing this work.

“It seems that we continue to hear of tragedies on our roads on a daily basis so our efforts in this area are more important than ever,” he added.

The documentary name is in memory of John Paul McKevitt, who was known to his family as Paulie

John Paul’s story is one of a number of stories to feature in the documentary. The families of two other young men from the Newry area, Eoin Farrell and Karl Heaney also took part in the filming along with road crash survivor Vincent Ward.

John Paul’s partner, Rita Bentley, described what drove her and others, who have suffered the devastating effect of road traffic fatalities, to highlight what happened to them in the aftermath.

“We had two very young sons at the time John Paul was killed, a four-month-old and a 16-month-old. From that day on, life as we knew it dissolved into chaos.

“We never wanted anyone to suffer like we were and looked into setting up a charity in John Paul’s name. There was little support or guidance for us as we tried to navigate our way through the nightmare. We wanted to look into ways of improving this so that others facing similar circumstances would have help and support.

“We also wanted to educate people to avoid the collisions in the first place. At the beginning of 2016, we were approached about setting up a local committee of Road Safe NI Charity in the Newry, Mourne & Down District and we never looked back.”

The documentary is the latest in a long line of campaigns created and delivered by the Road Safe NI, Newry, Mourne and Down Committee.

This work focuses on vulnerable road user groups like primary school children as well as the major causation factors in serious collisions. The committee is made up of volunteers and they have built a strong partnership approach across the district.

To view the social media clips prior to the online availability of the documentary, please search ‘The Paulie Project’ on YouTube or https://www.youtube.com/watch?v=hKcuVVGHSCY

The full documentary will be available on YouTube or through the Newry Mourne & Down PCSP and Road Safe NI, Newry, Mourne & Down Committee Facebook pages on Thursday, 11 June 2020 after 8pm.