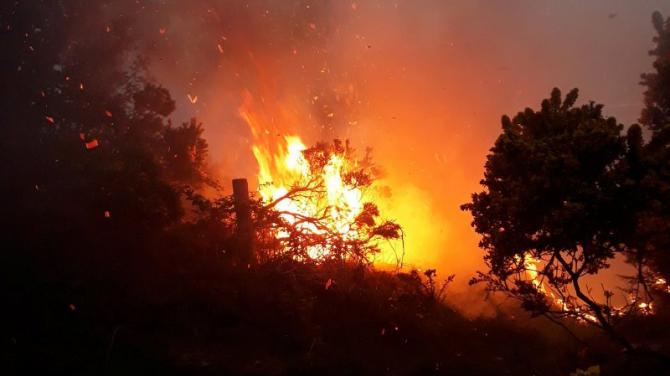 THE cost to the Northern Ireland Fire and Rescue Service (NIFRS) in dealing with the recent large gorse fire at Castlewellan Forest Park has been revealed at £66,000.

The wildfire smouldered for over a week and initially required a three-day multi-agency effort to bring it under control.

Over 50 firefighters, a high volume pump to extract water from the nearby lake, a specialist wildfire response team and specialist rescue team were all used to control the blaze at its peak.

In response to an Assembly question from South Down MLA Jim Wells, the Agriculture Minister revealed that the fire cost his Department approximately £16,000.

Huge devastation was caused to a protected forestry area and local wildlife species after the blaze was deliberately started on Friday, 15 May at the Leitrim Road area.