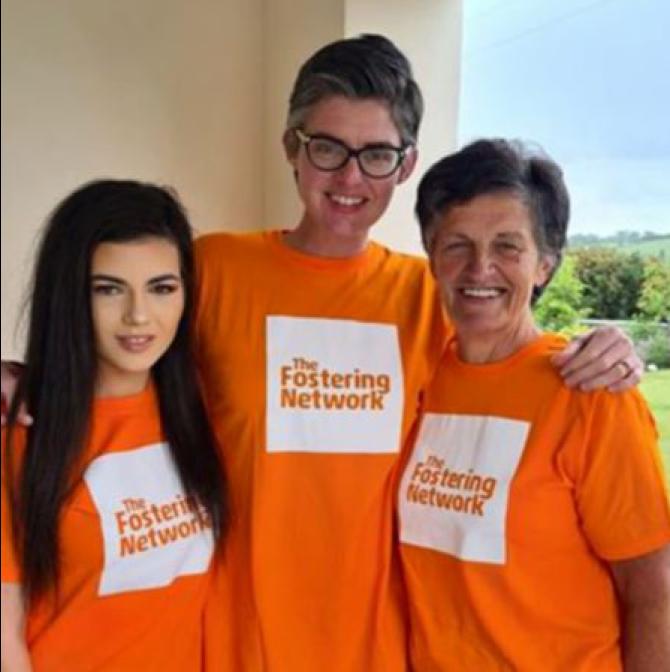 WHILE for the majority of us lockdown has meant we can’t travel very far, some charity fundraisers are managing to walk impressive distances to well-known landmarks around the world.

The chair of St Patrick’s College, Banbridge PTA came up with a unique idea to get some exercise in during the month of June while also raising money for two local causes.

The money raised will be donated to the Southern Area Hospice and Fostering Network NI and they have already achieved over half their target of £1000.

Sharon Crawford-White explained to The Outlook how the fundraiser ‘Around the world in 30 days’ came about.

“My mum has been a foster carer for over 20 years and she would always be involved in fundraising of some sort, as would I in my role as chair of the PTA, so we have always been doing something,” she said.

“We were a bit bored during lockdown and I thought why don’t we try and do something that would help people get out of the house and raise some money during lockdown.

“I am always walking and I got in touch with some of the volunteers in the PTA and they thought it was a good idea and so it started from there.”

Participants are of varying ages and capabilities and are walking, running, jogging and cycling

In what is quite a unique take on a fundraising initiative, they decided to choose some well-known landmarks around the world and count the kilometres from Banbridge to each of them.

“The whole idea was since we are not able to travel or most likely get a summer holiday, we thought this would be a way to travel around the world!” said Sharon.

“So it was about how far we could get on our feet instead and coming up with well-known landmarks and focusing on those.”

Some of these landmarks include the Eiffel Tower, the Leaning Tower of Pisa, the Acropolis in Greece and the Pyramids of Egypt.

“Everyone has been getting on so well that we have doubled our target already and we are now looking at adding different landmarks further afield.”

Sharon said that between 60 and 80 volunteers are actively involved in the fundraiser, with everyone doing it at their own pace, some walking or running and others cycling. Indeed, some are so keen to build up their kilometres that they are going out more than once a day.

Each day the volunteers check in with their daily kilometres achieved from walking, running or cycling, with volunteers coming from all over Ireland and England.

“We have children as young as two and three going out with their parents and people in their 70s, so it’s something anyone is able to take part in,” said Sharon.

“It’s about getting the benefits of exercise too. Mental health is so important, especially at the minute and I know how good I feel when I have been out and done a bit of exercise.

“We are counting the kilometres from Banbridge to each location and anyone I’ve spoken to can’t believe how far we’ve gone.

“People who would normally only do a couple of miles each day are doubling that and are getting the whole family to take part too.”

The group had covered 5303km in the first 10 days, which took them close to the White House.

“Our initial target was 7222km, which is the Taj Mahal, but after just over a week and a half we are well over halfway there.

“We are hoping to be able to extend it further, we might even go as far as Sydney Opera House, which is over 17,000km away, so we’ll see how we get on!”

You can donate via https://www.justgiving.com/crowdfunding/sharon-crawford-white-2?utm_term=pVGae758K or you can visit their Facebook page https://www.facebook.com/aroudtheworldin30days/ to find out more.